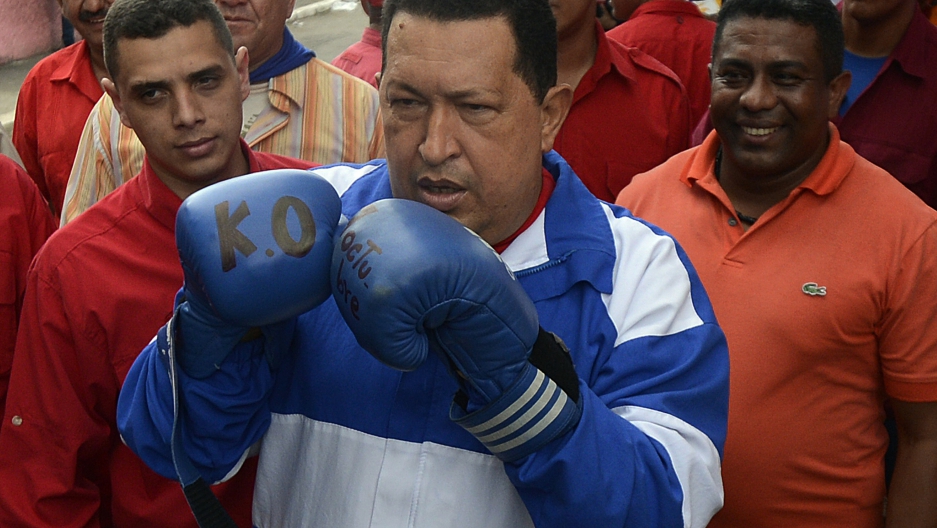 QUITO, Ecuador — The goose-stepping soldiers have long returned to their barracks and many of the generals who commanded them have died or been sentenced for crimes against humanity.

Yet, some three decades after the fall of the military dictatorships that once terrorized Latin America, democracy in the region is once again under attack.

This time, the strongmen are populist elected leaders, who — under a veneer of constitutionality — concentrate power in their own hands, marginalize opponents and use public resources to stack electoral races in their favor.

“They have a strong personality and a bullying style,” Jose Miguel Vivanco, Human Rights Watch’s Latin America director, told GlobalPost. “They go after critics, opponents and others who get in the way of their political agenda, whether it is the judiciary, the media or civil society."

“And the practice is to use the whole power of the state," he added. "There’s no torture or killing but the name of the game is intimidation and, in some cases, closing down criticism and opposition.”

Peter Smith, a Latin America politics expert at the University of California, San Diego, added: “The process of democratization has stagnated, reached a peak or may well be backsliding as a whole in the region.”

Daniel Montalvo, a politics professor at Quito’s San Francisco University, noted: “They [the authoritarian elected leaders] have learned to use democratic instruments in a way that is not democratic.”

He cited a referendum used by Correa to overhaul Ecuador’s judiciary, appointing sympathetic new judges to favor him in his constitutional battles. “[The referendum] is a very democratic tool but its use has been to legitimize a situation where there is no separation of powers,” Montalvo said.

The most prominent of the domineering new leaders is Chavez, Venezuela’s world famous president. The former army officer first rose to prominence in 1992 when he launched a failed coup against an elected government that had presided over an economic meltdown.

After 13 years in power, he controls Venezuela’s political landscape in a way that has undermined the country’s fragile democracy, cowing judges, journalists and opponents alike.

He has also acquired the nickname “Don Regalon” — in English, Mr. Giveaway — for his lavish handouts in poor neighborhoods that support him.

Although Chavez styles himself the champion of the dispossessed, the result of his government’s lack of accountability has hurt ordinary Venezuelans.

The country now suffers the world’s fifth-highest murder rate and second-highest inflation rate. Both problems hit the needy far harder than the rich.

Such statistics would normally leave Chavez’s chances of re-election to a third term on Oct. 7 in tatters were he competing on a level playing field. But Venezuela’s opinion polls largely give the president a double-digit lead over his centrist opponent, Henrique Capriles.

Whereas Chavez’s bombastic style and army past usually turn off more educated voters, the highly articulate Correa, with his University of Illinois economics PhD, has won over many of his country’s leading thinkers.

“Correa has taken the most effective practices in Venezuela and perfected them here,” said Montalvo, the professor at Quito’s San Francisco University, where Correa once taught.

“His discourse is much more subtle, more intelligent,” Montalvo added. “In a five-minute speech, he can appeal both to the working class and intellectuals.”

But like Chavez, Correa has rewritten the constitution to allow his own re-election, harassed the press, criminalized protest and packed the courts.

Correa keeps his finger on the national pulse with a sophisticated communications and market research machine, leaving awestruck admirers and detractors alike.

“As a political scientist, I would like to learn from them how they do it,” Montalvo said, referring to the Correa administration's ability to pinpoint public opinion trends.

Yet there remains one crucial difference between Uribe and Fujimori and their current generation of imitators — murder.

Fujimori, who resigned in 2,000 amid a vote-rigging scandal, is now serving a 25-year jail term for a range of crimes, including directing death squads against suspected members of Peru's Shining Path guerrillas — some of whom turned out to be unconnected to the rebel group.

Uribe, who also redrafted the constitution to allow himself a second four-year term, before finally leaving office in 2010, is not accused of ordering killings. But opponents claim he allowed a climate of fear to flourish in Colombia, in which paramilitaries killed human rights defenders.

“Uribe is a much more subtle case because he has been so positively viewed for dismantling the drug cartels and imposing peace on the country, albeit using paramilitary means,” said Smith, the UCSD professor.

That favorable impression among conservatives outside of Colombia, turning a blind eye to serious human rights abuses, mirrors the positive views some progressives in the US and Europe now have of Chavez, Correa, Morales and Ortega.

Last month, the Morales government launched criminal charges against journalists who had faithfully reported the president’s inflammatory assertion that if people in a lowland region of Bolivia were hungry it was because they were lazy.

Meanwhile, Nicaragua’s Ortega has been widely accused of flouting his country’s constitutional ban on presidential re-election, stuffing ballot boxes and increasingly running the country as a personal fiefdom.

More from GlobalPost: In Nicaragua, Sandinista membership a prerequisite for government work

Despite superficial similarities with Latin America’s new authoritarians, Argentina’s Cristina Fernandez de Kirchner has so far avoided being categorized as one of them, largely as she has yet to successfully slant the courts or close down critical media.

Nevertheless, her personal style, which is both populist and confrontational, as well as Argentina’s political culture of patronage leaves Argentina vulnerable to following in the footsteps of Venezuela, Ecuador, Bolivia and Nicaragua, experts warn.

With weak states across Latin America frequently failing to meet the most basic needs of impoverished citizens, said Smith, the allure of the populist autocrat with a can-do image remains powerful.

Yet, without elected leaders being held accountable for their actions, citizens’ demands are unlikely to ever be fully met, said Cesar Ricaurte, of Quito-based journalism nonprofit Fundamedios, which has been targeted by Correa for its criticism of his assaults on press freedom.

“The region needs to build strong democratic institutions, not personality cults around messianic strongmen,” Ricaurte added. “That is the only way we are going to transform and eradicate poverty.”