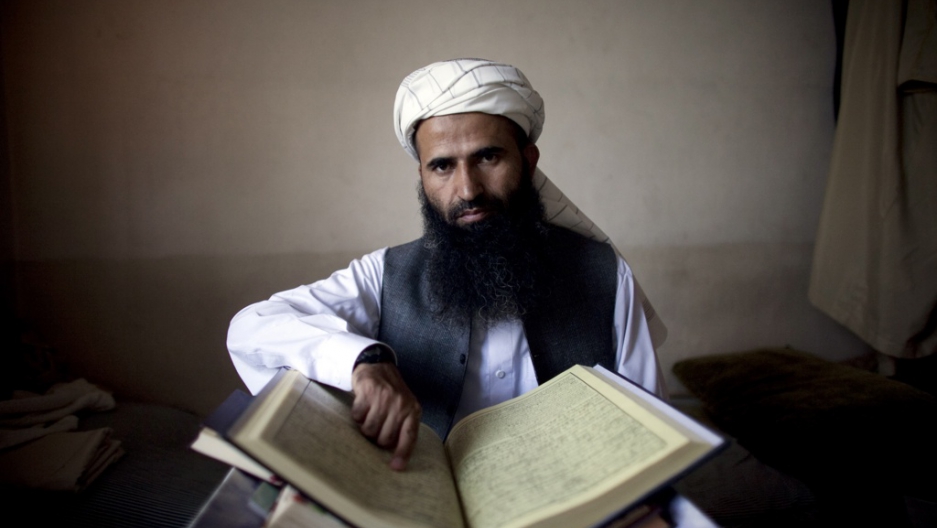 KABUL, Afghanistan — Mawlawi Ataullah Faizani took time out from teaching Islamic studies at a girls’ school in Kabul to explain why Afghans have a duty to resist the occupation of their country.

He quoted sayings of the Prophet Muhammad, spoke of foreign troops humiliating civilians, and ridiculed the corruption that runs through the heart of the government.

“This anarchy has been created by the West,” he told GlobalPost. “The West is never happy to let Muslims be united.”

Faizani’s views are common among members of the powerful religious establishment here. Clerics and scholars now openly sympathize with the Taliban and question much of what NATO claims to have achieved.

Far from being radical, their message is part of a mainstream demand for the creation of an independent state that would impose corporal punishment, stricter dress codes for women and greater censorship of the media.

Their complaints about life in Afghanistan post-2001 inevitably begin with the presence of foreign troops. The occupation, they believe, has actively encouraged a litany of personal and political ills in an effort to weaken the bedrock of society: Islam.

The sheer depth of this anger and suspicion was evident in February, when Qurans were set on fire at a US military base. NATO issued an immediate apology but nationwide protests erupted regardless.

The anger has since been seen in demonstrations over an anti-Islam video released on YouTube, and in a number of incidents involving Afghan security forces deliberately shooting their foreign counterparts, suggesting that tensions between two very different cultures may be near a breaking point.

When he is not teaching at a girls’ school, Faizani is an imam at a mosque in Kabul. He said that non-Muslims who are guests in an Islamic society have the same rights as Muslims.

But he added that this rule does not apply to soldiers, who he insisted are a legitimate target for attacks, including suicide bombings. “People cannot just sit down with their hands under their beards, they should react,” he said.

Away from the battlefield, clerics feel a more insidious fight is being waged against their religion. They believe this can be witnessed in the government corruption and empowerment of warlords that have become a feature of life since the US-led invasion.

More mundane issues are also of concern. The media has flourished during the last decade and private TV channels that did not exist under the Taliban regime are now broadcasting music concerts, dramas and Indian films.

Members of the religious establishment claim these seemingly innocuous developments — along with the illicit sale of alcohol, drugs and prostitution — have contributed to the deteriorating security situation by encouraging immoral behavior.

More from GlobalPost: Meet the most important man in Afghanistan

“There is a difference between Islamic freedom and Western freedom,” said Abdul Zaher Dayee, a professor in the Sharia Law faculty at Kabul University.

For him the relaxation of social conventions, the actions of foreign troops and the pervasive administrative corruption have combined to create an environment where the Taliban are able to gain support.

“There is no democracy and no Islam, there is a kind of anarchy: people are looting land and houses, they are raping. No law exists, ” he said.

Although the Afghan government has occasionally executed prisoners it accuses of serious offenses, that is not enough for men like Dayee who claim President Hamid Karzai is a puppet of the United States.

Instead, they want systematic capital and corporal punishment to be introduced. In certain instances this would include thieves having a hand cut off — a practice commonly carried out in public under the Taliban regime.

“If the Americans truly leave and stop their interference we will set up an Islamic state,” Dayee said. “But if they continue to interfere and bankroll some people here then we will have to fight them.”

In an effort to curb dissent and possibly help bring insurgents to the negotiating table, the government has already shown signs of adopting a tougher stance on issues such as women’s rights and freedom of the press.

The Taliban have also been enforcing their own strict laws in places they control, further emphasizing that this conflict is not only about the presence of foreign troops.

More from GlobalPost: The dangerous political battle for Afghanistan

For the rebels and the many officials and ordinary citizens who share similar views to them, the war will continue until Afghanistan is again ruled by a hardline regime adhering to an ultra-conservative interpretation of Islam.

Mawlawi Abdul Salam Abed heads the department responsible for preparing the Islamic curriculum for all state run schools and madrassas. He told GlobalPost the current situation is unacceptable.

“You know and I know what the Taliban and the nation want, but when the government of Afghanistan is not implementing Sharia law it means the government does not have independence, it is in the hands of others,” he said.

“If there is even one percent of Islam you are not implementing, you are an infidel. It’s a total program.”