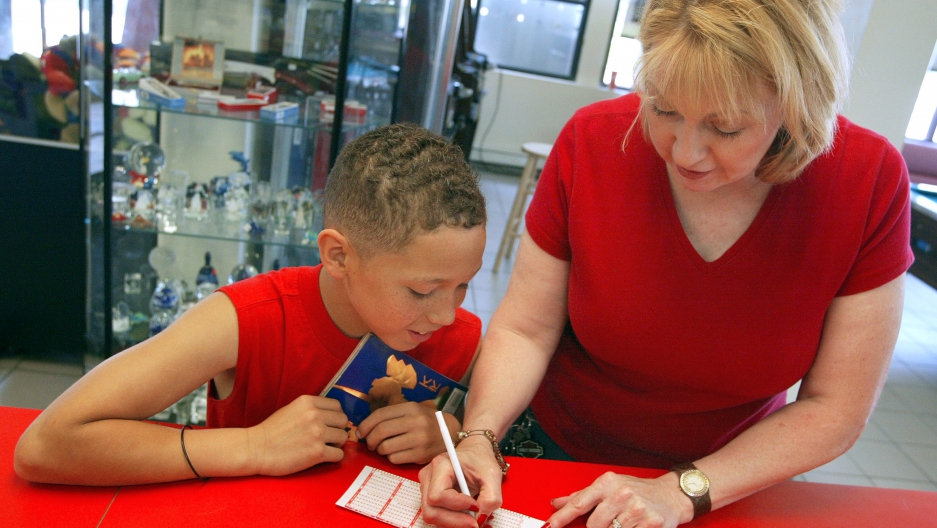 Amanda Clayton, who was still claiming welfare months after winning $1 million in the Michigan lottery, has been found dead.

The Detroit Free Press cited Detroit police as saying the cause of death may have been a drug overdose.

Clayton, 25, was charged with welfare fraud earlier this year after it was revealed that she still took food stamps after winning the state lottery's $1 million "Make Me Rich!" game show.

She pled no contest to the charge and we sentenced to probation. She was also ordered to repay about $5,500 in food and medical assistance.

"I thought maybe it was okay because I’m not working," she told Local 4 of her decision to keep taking welfare.

Asked by Local 4 asked if she felt she had a right to the money, Clayton responded, "I mean I kinda do."

Her body was found in the home of a friend in Ecorse, where her daughter and young son were staying, on Saturday morning.

According to ABC News, friends found her lying on a bed holding her daughter, aged one and a half.

She had gone to the home on Friday night to see her children, but her friend’s boyfriend said Clayton appeared confused.

“She was already in a bad stage. Her legs were shaking. You know she was going through her prayers. She was eating food with the kids," he reportedly said.

He said they were babysitting Amanda’s children.

"She was right next to her sleeping," the boyfriend said of Clayton's daughter.

"They were watching movie together. She started crying. And that’s when Rachel walked in and she tried to see what was going on and she flipped her and she was gone."