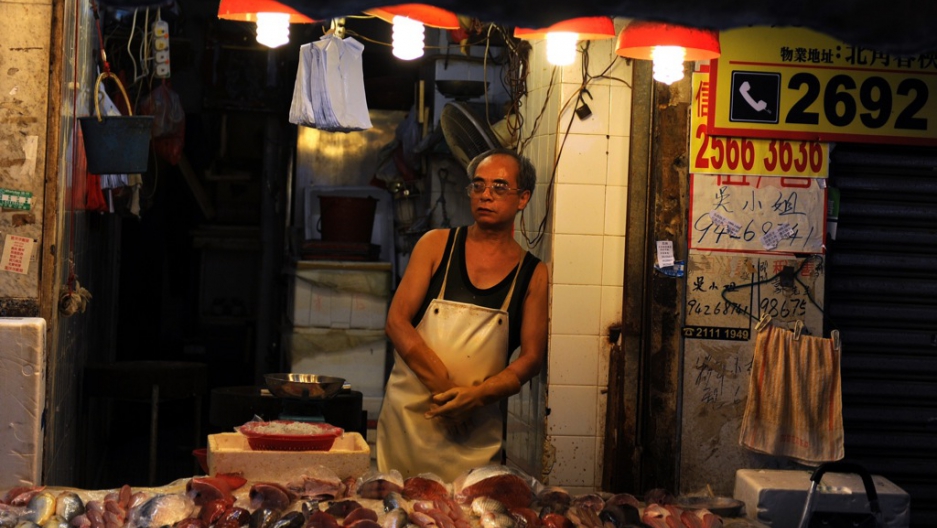 A man works inside a fresh seafood shop at a wet market in Hong Kong on June 26, 2012. The wealth gap in Hong Kong, already one of the world's widest, is worsening as the rich get richer and the poor struggle to make ends meet, official figures show.
Credit: DALE de la REY
Share

HONG KONG — When it comes to development, China has gotten the bad along with the good.

At the same time that it has brought millions of people out of poverty and benefited from US outsourcing, the country's wealth gap has widened so much it is now one of the largest social problems the country faces.

As I found in my reporting in Shanghai — to be described in an upcoming story — even workers who moved from the countryside and know that their lot has improved over their parents’ generation feel limited, even stifled, by China’s deeply unequal society.

A recent Bloomberg interview shows that this rich-poor gap is unlikely to be fixed anytime soon. Li Shi, a professor at Beijing Normal University’s China Institute of Income Distribution, projects that China’s Gini coefficient (a measure of income inequality) will stand well above a level associated with social unrest for the next decade:

The situation is very dangerous now, and it’s a life-or- death battle for the new leaders to fight,” said Li, 55, executive dean of Beijing Normal University’s China Institute of Income Distribution, who compiled his own Gini survey in 2007. “Many reforms have been delayed in past years, but I don’t think China has the luxury to delay any more. ...

With economic growth for 2012 at risk of the weakest performance since 1990, Li sees a slowing in wage gains that will counter improvements that authorities are championing in social security coverage. The wealth gap adds urgency to the need to distribute income from the “monopoly profits” garnered by China’s state-owned enterprises.

Li estimates that China’s Gini will continue to stand around 0.48 to 0.5. Of course, that’s not a far cry from America’s own wealth gap of 0.45. In this, as in many other things, China and the US have more in common than not.

It’s not only in geopolitics and economics that the US and China are running neck-and-neck.