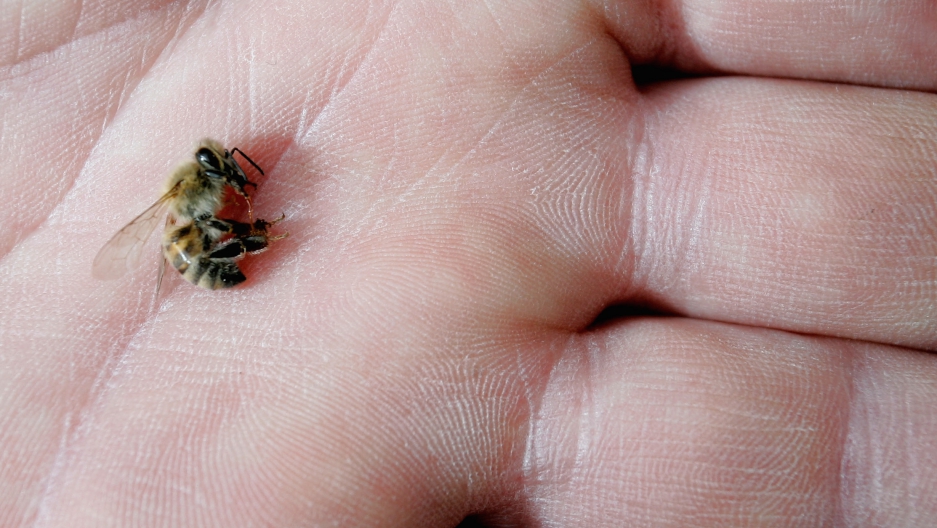 Undead bees may be the first insects to join the zombie apocalypse.
Credit: Ralph Orlowski
Share

Just when we thought the zombie apocalypse was over, bees have joined their undead counterparts to terrorize humanity.

Zombie bees, which fly erratically before plumetting to their death unexpectedly, have been found in Washington State, hundreds of miles from their first sighting in California in 2008, said the Associated Press.

The (un)dead bees were discovered by amateur beekeeper in Seattle, Mark Hohn.

He collected the odd-looking corpses in a plastic bag until finally worms popped out of them.

“I joke with my kids that the zombie apocalypse is starting at my house,” said Hohn, reported Red Orbit.

More disgusting than scary, scientists found that the bees were infected by larvae of parasitic flies - a disease that has been linked to precipitous declines in bee populations, said GlobalPost.

The disease is what is likely behind so-called "colony collapse disorder."

Parasitic flies attach themselves to the back of unsuspecting bees going about their daily forage and inject the larvae into the bee's abdomen midair.

The larvae then hatch into maggots which eat the insides of the bee in a slow, agonizing death, reported Red Orbit.

It is still unclear if the parasitic flies are the only cause of a falling bee population in North America.

More from GlobalPost: Parasitic flies may be responsible for colony collapse disorder in bees, study shows