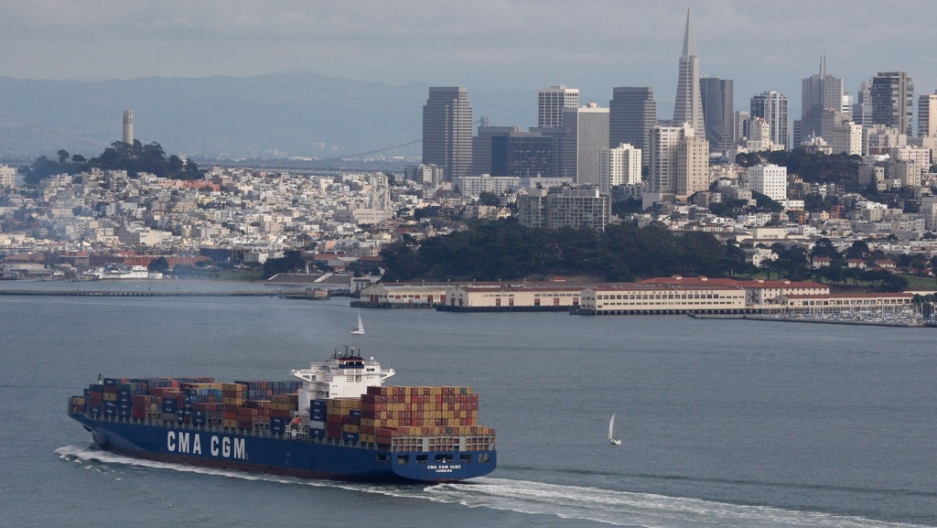 BOSTON — It's a common lament, the kind of rant that rolls off the tongue in an election year: American workers can’t compete globally. They no longer produce stuff that the world wants. And that's why our economy is sluggish.

The problem is, it just isn't true.

On the contrary, America may not be stitching many pants or making much steel, but it has never before hauled in so much money from abroad. The fruit of our labor is at an all time high. And exports are more critical to US prosperity than ever.

Here are the Commerce Department’s numbers: In 2011, America’s sale of goods and services to the rest of the world grew by 14.5 percent, setting a record of $2.1 trillion. Exports accounted for 13.8 percent of the US economy — higher than any year since an anomalous boom during World War I.

Exports are also critical to the economic recovery, contributing more than half of GDP growth in 2011, according to the Commerce Department.

So where are the robust opportunities for American workers?

It turns out that we’re just too efficient — and perhaps a bit underpaid.

Yes, exports have more than tripled in the past two decades, and they account for a greater part of the US economy than ever. But as a share of employment, they’ve stayed relatively constant, at about 6 to 7 percent, according to a 2008 International Trade Administration report.

How could this be?

It turns out that the value of exports for each job has also dramatically increased.

In 1993, a single export-oriented job produced $84,000 worth of income. By 2008, each worker’s contribution had grown to $165,000 — in part from greater productivity, and in part from a modest shift toward higher-earning service exports over goods.

Where did all that extra value end up?

That’s a complex matter, but it appears to boil down to a 1 percent versus 47 percent question.

We know that, overall, despite the big increase in revenues per job, the income of US workers has stagnated — indeed, median income has recently dropped.

In a nutshell, workers are producing more, but getting paid roughly what they earned a decade ago.