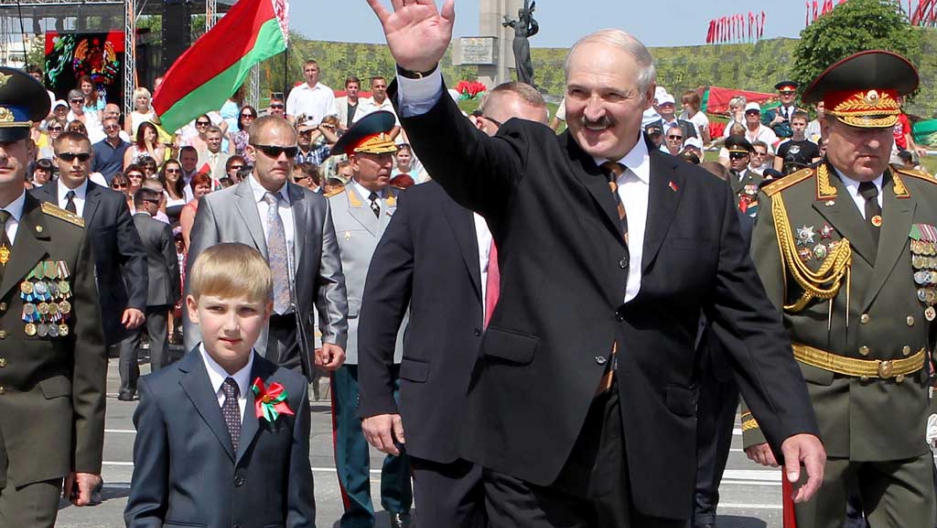 Belarus President Alexander Lukashenko waves as he walks with his son Nikolay while arriving to watch a military parade to mark the nation's Independence Day in central Minsk, on July 3, 2012.
Credit: AFP
Share

Sunday’s elections in Belarus might not meet international or western standards, but Russia gave its stamp of approval today.

Voters made “a conscious choice” during the nationwide poll, Russia’s Foreign Ministry said in a statement, according to Voice of America.

According to the Belarus Central Elections Commission, more than 74.3 percent of those eligible voted.

But the Organization for Security and Cooperation in Europe and the US State Department said those voters had no choices, UPI reported.

Lukashenko – called Europe’s last dictator by the US State Department – and the three parties that support his politics dominated the results.

The opposition, entirely ignored by state-controlled media in Belarus, didn't win a seat, the AP said.

“This election was not competitive from the start,” OSCE observer Matteo Mecacci told the AP.

“A free election depends on people being free to speak, organize and run for office, and we didn’t see that in this campaign.”