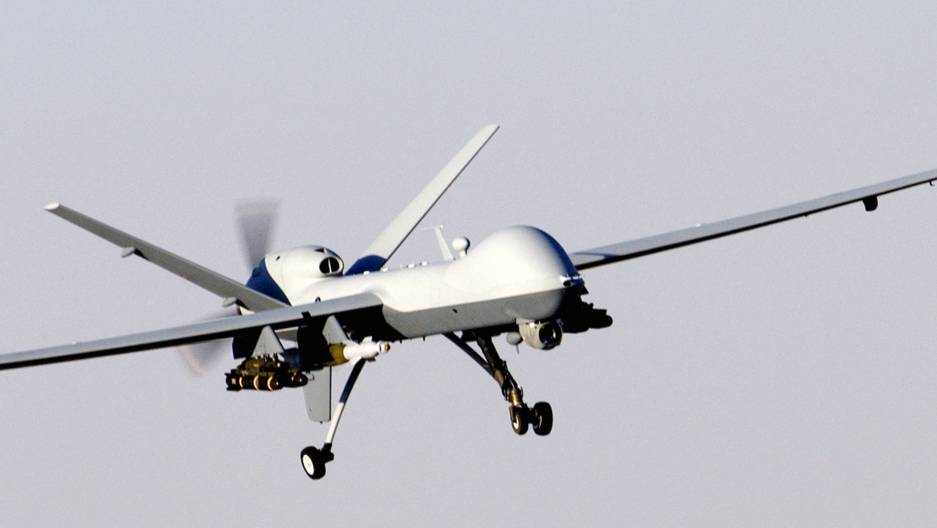 Unmanned aerial vehicles, like this MQ-9 Reaper, are used over Pakistan to go after terrorists. But they're causing collateral damage. (Photo by Staff Sgt. Brian Ferguson/U.S. Air Force.)

The CIA drone program in Pakistan has targeted and killed more low-level militants than senior commanders, according to a new report from Stanford University and New York University.

The United States government doesn't acknowledge that civilians have been killed in drone attacks. Making matters worse, aid workers, first responders and even locals tend to wait several hours before going to the scene of a drone strike to help the wounded, for fear of a second strike following.

Clive Stafford Smith, the founder and director of Reprieve, a nonprofit organization based in the United Kingdom that sponsored the report, said the academics visited 130 places in Pakistan, talking to survivors, to create their report.

"Drone warfare is traumatizing the entirety of Waziristan," he said. "Of the 800,000 people in Waziristan, the vast majority are not extremists. These folks have these drones flying round and round over their heads, 24 hours a day. And it's causing serious psychological trauma."

Among those victims, he said, are children.

Smith said, in addition to witnesses who talk about their trauma there are doctors who are treating people for those sorts of illnesses and an "exponential increase" in the use of psychiatric drugs for treating anxiety and depression.

"We're talking common sense. My mother was in London in 1944 when there were various drones fired overhead at London. She's 85 today and she still remembers very vividly the effect of these things coming down," Smith said. "That's the same thing that's going on in Pakistan today."

Pakistan and Afghanistan have, of course, been in the midst of conflicts for the past 30-some years. And Smith also acknowledges there are a lot of traumatized people all over the world.

"The question is whether we should be doing it. I speak as an American when I say, we're not at war with Pakistan," he said. "You can't just go bombing an ally without consent, without agreement from the Pakistanis."

Beyond that, though, Smith wonders whether this isn't just fundamentally contrary to America's longterm best interests.

Polls in Pakistan show 97 percent of people there are opposed to the U.S. drone campaign in their country, perhaps unsurprisingly, he said.

"We're traumatizing a generation of people who become the enemies of America," he added.