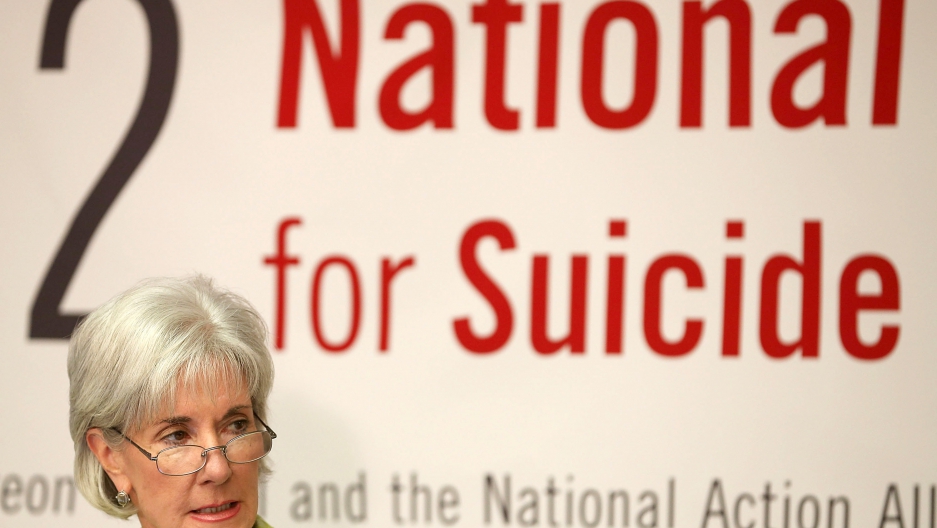 Kathleen Sebelius, Secretary, US Department of Health and Human Services, speaks during a National Strategy For Suicide Prevention event at the National Press Club, on September 10, 2012 in Washington, DC. Over 30,000 americans commit suicide each year, and it has become the country's leading cause of death.
Credit: Mark Wilson
Share

Suicide has overtaken car crashes as the biggest cause of death in the US.

New data shows that suicide has risen 15 percent over the last decade, while car crash deaths have dropped by a quarter.

Car crash deaths have decreased due to new safety measures implemented by the government but researchers feel that other causes of death may need to be addressed more now.

The researchers used data from the National Center for Health Statistics from 2000 to 2009.

On top of increasing suicide deaths, the study data also found that deaths from falls and from accidental poisoning also rose.

More from GlobalPost: US life expectancy drops sharply for some women

Rockett said that suicides are likely a bigger problem then the data lets on.

"Suicides are terribly under-counted," said Rockett, according to the Daily Mail.

"I think the problem is much worse than official data would lead us to believe. We have a situation that has gotten out of hand."

Speculation as to why suicides are up focuses on the economic downturn, with similar events historically linked to higher suicide rates, said Bloomberg.

The government is taking steps to help those contemplating taking their life.

The release of the statistics coincide with new federal government spending on suicide prevention worth about $56 million.

The top five leading causes of death in the US in order are: suicide, car crashes, accidental poisoning, falling and murder.

The new findings were published in the American Journal of Public Health.