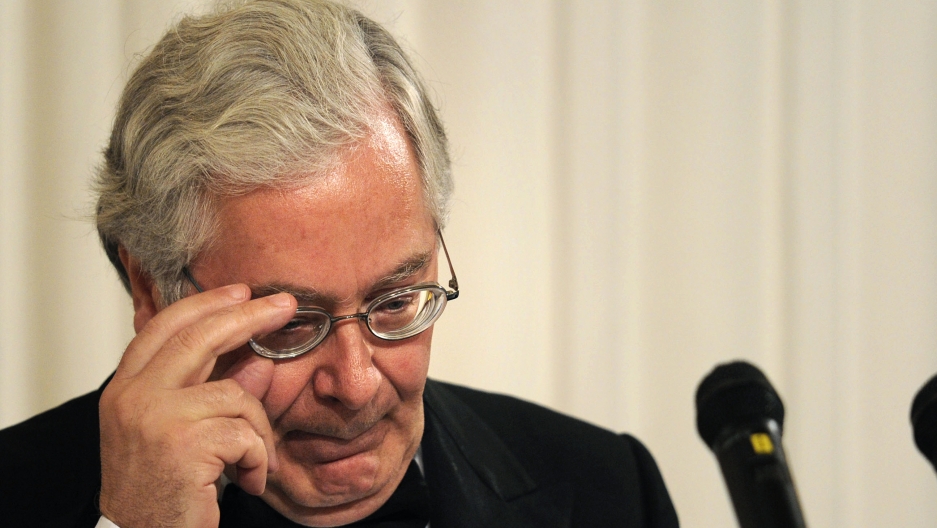 LONDON, UK — Job-description messages in the "Mission: Impossible" movies self-destruct in five seconds. In the British banking world, the latest was printed in the employment pages for everyone to see.

The mission, should anyone choose to accept it, is to take control of the Bank of England, manipulate monetary policy to achieve the economic growth necessary to lift the UK out of recession—and while he or she is at it, root out rogue bankers.

Gadgets will be provided, such as the money printing machine the departing governor, Mervyn King, repeatedly deployed in an effort to thwart deflation. Should the mission fail, all such actions will be disavowed.

That wasn't quite the tone of the central bank’s recent advertisement for a new governor — the first in its 316-year history. But commentators who argue that few can live up to the specifications printed in this week's Economist magazine say it might as well have been.

More from GlobalPost: A Friday in London: Neild drinks it all in at UK's best

There are some perks. The lucky winner will clock frequent flyer miles traveling to international-finance shindigs such as G7 and G20 meetings. There will also be some short-haul trips to touch base with the European Systemic Risk Board in Germany and the Bank of International Settlements in Switzerland.

But that’s not all. Whoever gets the job will become one of Britain’s most powerful unelected officials. He or she will decide the economic fate of millions of people, exert influence over a broad range of government policies and be capable of forcibly removing finance industry executives from their jobs.

Indeed, the position is more influential and complicated than ever thanks to financial sector reforms made in the wake of the global economic crisis and several scandals. So much so there are worries that no one — not even Mervyn King — is capable of handling it any longer.

“Only superhumans need apply,” Ed Balls, economic spokesman for the opposition Labour Party, wrote in the Financial Times. “Because, as things stand, I fear he or she will face a near-impossible task.”

Balls argues that the job, which could command an annual salary of up to $650,000 a year, now requires too diverse a range of skills and knowledge. And, he says, without changes to Bank of England reform legislation currently under debate, the next governor could fail to halt another crisis.

“It's certainly going to be a challenge,” said Scott Corfe, senior economist with the Center for Economic and Business Reform. “The next governor will be faced with having to decide what next for monetary policy in an age of very weak growth.”

The British economy is in the grip of its worst post-war downturn after a tentative return to growth stalled earlier this year and plunged the country into a “double-dip” recession. The economy shrank by 0.7 percent in the three months before June.

Although King was criticized for his slow response to the global financial crisis, he has been willing to think creatively and has kept the bank’s monetary policy on a relatively steady course. He has kept interest rates at a record low of 0.5 percent and used unorthodox techniques to try to stave off deflation.

“Conventional monetary policy in the form of cutting interest rates has sort of been eliminated because interest rates are already at rock bottom,” says Corfe. “So you need to look at unconventional methods such as QE, which makes it a difficult job.”

Quantitative easing, or QE, is seen as a way of stimulating the economy by putting billions of extra dollars into circulation. That has been done by creating extra money — in the UK’s case $528 billion since 2008 — for using to buy bank bonds.

Critics say QE should be abandoned because it’s hurting growth and killing jobs. It’s a debate King’s successor will inherit along with conflicting opinions about the importance of a 2 percent inflation target the bank regularly fails to meet.

Balls says failure to resolve the conflict and clarify the bank chief’s exact duties will undermine his or her ability to succeed. He cautions against over-regulation and says greater clarity and transparency is needed to ensure better accountability in the financial sector.

According to the job description, successful candidates must be capable of "inspiring confidence and credibility.” It goes on to say that “Strong leadership, management and policy skills” are a must, as is “advanced understanding of financial markets and good economic knowledge.” Only persons “of undisputed integrity and standing" need apply.

Potential candidates would be wise to devote special time for preparing answers about the last point, which slims down the field considerably after the spate of recent scandals.

Among those who can count themselves out, former Barclays chief executive Bob Diamond was forced to resign over the fixing of the Libor interest rate at which banks lend to each other.

However, the shortlist of candidates drawn up by media includes several names that didn’t escape untainted by Libor. Among them, Paul Tucker, King’s financial services deputy, and Adair Turner, head of the Financial Services Authority, have been grilled by parliament over how they allowed the scandal to occur on their watch.

Turner is seen as the current frontrunner, with bookmakers offering 7 to 4 odds on his appointment. Other prospects include Gus O’Donnell, a former senior civil servant, and Stephen Green, a government trade minister, lay clergyman and former chairman of HSBC.

Although many question those candidates’ abilities to tackle the job, financial columnist Richard Northedge goes further by suggesting that no former bank governor would be capable of filling the current role.

“The task risks being more than any man can do,” he said. “If no one can be good at everything, the danger of appointing someone who can cope with the current financial and economic situation is that they fail to foresee or fail to handle a crisis coming from a different direction.”

That appears to have been the case with King, whose two five-year terms as governor haven’t earned glowing scores from economists.

Candidates not dissuaded by such early post-mortems on King’s tenure have until October 8 to submit their applications for the responsibility of rescuing the UK’s beleaguered economy.

Of course, if the going gets really tough, they can always try calling the IMF — that’s the International Monetary Fund, not the Impossible Mission Force.