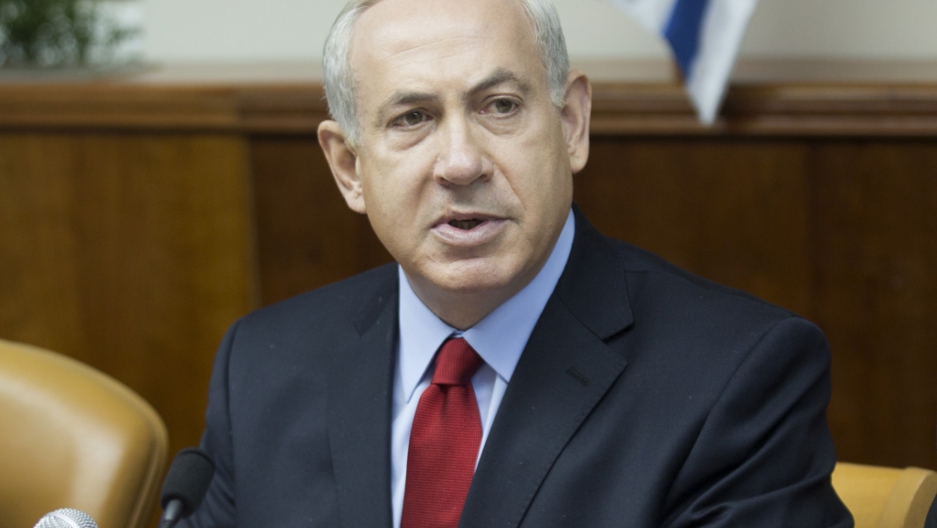 Iran could have nearly enough enriched uranium midway through next year to produce a nuclear weapon unless the US acts now, Israeli Prime Minister Benjamin Netanyahu reiterated today on American television.

Appearing on the NBC News program “Meet the Press” this morning, Netanyahu renewed his call for drawing a “red line” that Iran must not cross.

“You have to place that red line before them now, before it’s too late,” he told US viewers, according to the Jerusalem Post.

The prime minister said Iran could have 90 percent of the nuclear material it needs for a weapon in 6-7 months, Reuters reported.

He suggested the US must lead the way in a goal-line stand.

Netanyahu lived in the US as a teen and attended MIT.

When asked why Iran wouldn’t behave the way the Soviet Union did with nuclear weapons, Netanyahu said it’s a completely different situation.

He said Iran couldn’t be trusted to weigh the costs and benefits of nuclear weapons.

Iran “puts their zealotry above their survival,” Netanyahu said. “Iran is guided by a leadership with an unbelievable fanaticism.

“Some have even said that Iran with nuclear weapons would stabilize the Middle East. … I think the people that say this have set a new standard for human stupidity.”

America’s “red line” is a nuclear weapon, and nothing before that, an anonymous source told The Times.

“We need some ability for the president to have decision-making room,” the source said.