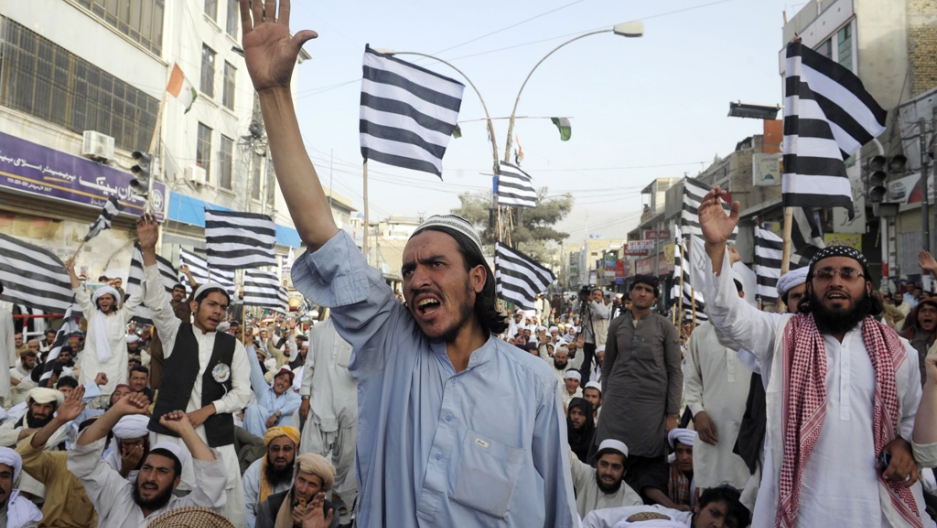 Pakistani Muslims shout anti-US slogans during a rally against an anti-Islam movie in Quetta on September 16, 2012. Pakistan blocked access to the video on the Internet and beefed up security around US diplomatic missions, following attacks on American consulates and embassies in Libya, Egypt and Yemen.
Credit: BANARAS KHAN
Share

Libya arrested about 50 people – many of them foreigners – in connection with the deadly attack at the US consulate that left the American ambassador and three of his staff members dead, CBS News reported today.

Appearing today on “Face the Nation,” Libya’s President Mohamed Magariaf said the investigation “leaves us with no doubt” the attack was not spontaneous.

“It was planned, definitely, it was planned by foreigners, by people who entered the country a few months ago, and they were planning this criminal act since their arrival,” Magariaf told CBS.

On Tuesday, an armed mob stormed the US consulate in Benghazi, Libya and killed Ambassador Chris Stevens and three staffers.

Many blame a low budget, independent film called “The Innocence of Muslim” – which depicts the Prophet Muhammad as a reviled figure – for triggering the protests.

Yet, Magariaf cast doubt on that theory and said the militants who fired on the consulate with rocket-propelled grenades entered Libya “from different directions” months ago.

UN Ambassador Susan Rice countered that declaration, however, and said the US has no evidence that proves the attack was calculated.

“Based on the best information we have to date, spontaneous protests” began, Rice told CBS.

“It looks like extremists elements joined in that effort with heavy weapons ... and it spun from there into something much, much more violent.”

Rice said the US needs more evidence, but Magariaf suggested the US remain distant for now and allow Libya to investigate.

"It may be better for them to stay away for a little while until we do what we have to do ourselves," he said, Reuters reported.