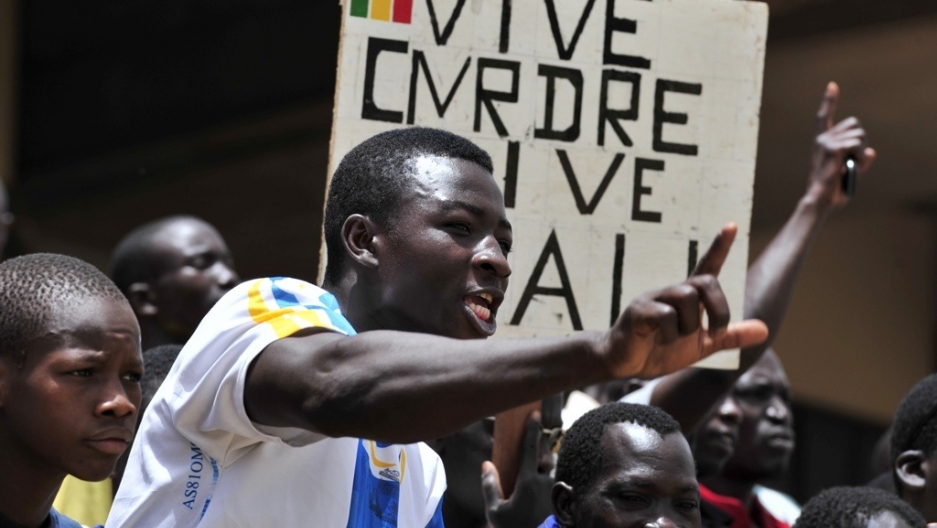 After her recent visit to Mali, UN under-secretary general for humanitarian affairs Valerie Amos chided donor nations for meeting only half of their financial pledges. But as much as monetary aid is needed in Mali, equally needed is a new aid strategy.

Before the rebel takeover of the north, news coming from Mali to the outside world was scarce. In March, however, Mali’s status as a peaceful, slow-paced, cultural Mecca drastically changed. Now Mali is front-page news as the newest terrorist-linked region to be watching. In this post 9-11 world, wherever the attention goes, the money soon flows. For more than a decade, the Malian government has been fighting northern rebels, but it took the “terrorist” labeling to turn the West’s attention. True to form, as Amos’s visit indicates, Mali has become the new darling of the international aid community. The nation could not be more in need.

The people of the north – that is, the predominantly Songhai, Tuareg, Bella, and Fulani ethnic groups– have been overlooked in the deluge of sudden international scrutiny. It seems there is a wealth of new experts on Timbuktu history, terrorist theory, Islamic law and military security. Yet, the people with the greatest need are stuck in the middle of the rebel situation and seem to have fallen through the cracks. In the past five months since the occupation, the civilians of Gao, Kidal and Timbuktu, and the villages of the north, have been economically isolated and are on the verge of starvation.

As humanitarian aid groups call attention to Mali, the harsh reality is that in the five months since rebel occupation they have neglected to provide for the north. The majority of aid sent to Mali reaches those who are in the vicinity of the capital Bamako – not the people of the north that need it most. Since the rebels have been barring foreigners from traveling into northern Mali, the aid challenge is significant and media coverage is non-existent.

However, northerners from Mali can move freely from south to north. There are groups of affiliated northerners working in the capital that aid groups could reach out to collaborate and establish a conduit to get the much-needed supplies to the north.

Why do aid agencies seem so unable to respond to humanitarian crises more immediately and strategically in geographically challenging areas like the north of Mali? As a means of first response, humanitarian aid is crucial in conflict transformation. However, the complex scenarios of contemporary warfare require aid organizations to rethink their operations strategies to effectively reach isolated populations. When aid for the basic needs of the villages within the conflict zones does not arrive, these citizens become isolated, victimized and marginalized. As seen in the recent cases of Sierra Leone, Liberia, Uganda and Afghanistan, marginalized and disenfranchised citizens side with rebel forces when they sense no other security or support from the outside. Specifically, this occurs with young men searching for a means of empowerment, and has also been seen in the recruitment of young boys by the extremist groups in northern Mali.

We need strategic peace-building tactics, which prioritize aid delivery to those “caught in the middle,” lest we replay tragic civilian death scenarios and further radicalization. Civilians “caught in the middle” need to be directly engaged and assisted in their time of dire need. The longer they are ignored, the more they accumulate grievances, and the harder it is to build a lasting post-conflict peace of which they are a part.

Humanitarian aid groups have the unique opportunity to fill the gap, and support civilians during times when their government is unable or unwilling. Mali is the prime place to start thinking how aid organizations can operate differently, especially in times of conflict. In the five months of rebel occupation in the north of Mali, aid groups have not reached out to collaborate with local people familiar with the field, consequently relief to the north has not been put into action. Northerners have stayed in order to protect their land and families and have consciously chosen not to become part of the refugee system in the south. Yet, they cannot be expected to maintain their minimal needs, as the rebels have brought economic activity to a standstill and making their only option to join the war economy.

As of yet, neither the government nor international organizations have offered the northerners options of resolving their situation at the hands of the rebels. Furthermore, Western attention polarizes the conflict and focuses priorities solely on the warring parties, which grossly underestimates the value of acknowledging and engaging the civilian population. Alienating and invalidating local people and opinions makes for prolonged conflicts, widespread grievances, and a more difficult post conflict transformation. The overwhelming majority of northern Malians want to see their conflict resolved by peaceful means, if only their opinions would be considered in the conflict debate. Aid organizations that claim to know the field have the responsibility to speak on behalf of groups in need of a voice in the conflict debate.

If aid to Mali is to make a difference, it will reach out to local factions that can work in the north. It will operate more anonymously, even to the point that the recipients will not know who has saved them. In the interest of merely doing “good” for good’s sake, the forces of “have” must come together with the “have-nots” if some of these problems are to be resolved. It might not be the most glamorous of situations, but it is what needs to be done. The people of the north of Mali are still there, waiting.

Katie Conlon, a master of International Peace Studies student at the University of Notre Dame’s Kroc Institute. She lived in Gao in northern Mali for two years during her Peace Corps service and has spent three and one-half years living in West Africa.