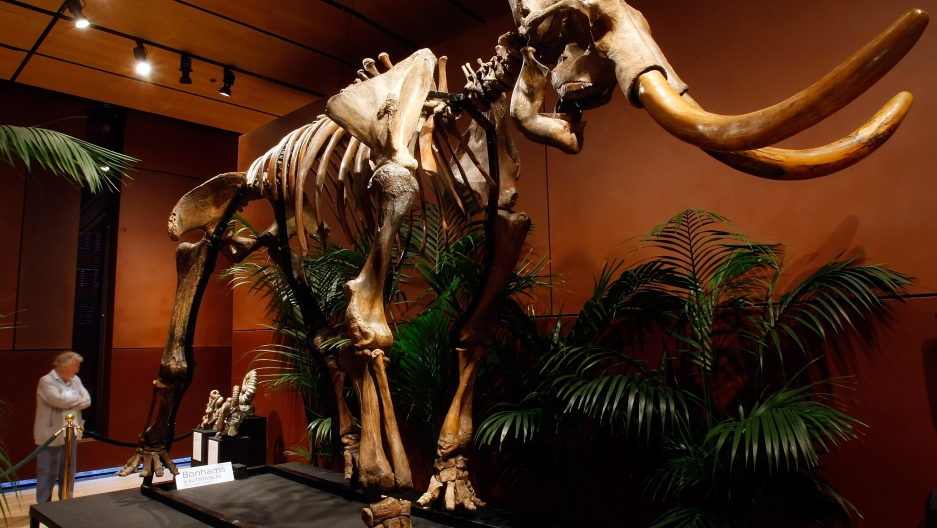 North-East Federal University professor Semyon Grigoryev, leader of the expedition, said that cells that appear to contain a nucleus have been found with the mammoth remains, which includes bone marrow and hair.

Why do intact cells matter? They could potentially be used to clone a living wooly mammoth, although it wouldn't exactly be an easy process.

Don't believe the hype that the cells are living—Reuters reported today that this was a translation error. It's possible but unlikely that scientists will find living cells, which could allow a live wooly mammoth to be cloned.

Earlier this year, a juvenile wooly mammoth was discovered in Siberia, a remarkable find that appears to have been butchered by early humans.

South Korean scientist Hwang Woo Suk of Sooam Biotech has said he'd like to take a crack at cloning mammoths, and he'll be tasked with examining the cells to see if any are suitable for cloning.

However, Hwang Woo Suk has something of a credibility problem—although he did clone the first dog (he called it "Snuppy"), he's also been known to seriously massage the truth to serve his own interests.

The idea of cloning a wooly mammoth is nothing new. Russian and Japanese scientists announced they would attempt to clone cells from the marrow of a mammoth thigh bone in December of 2011, according to the BBC. This most recent find might provide ammunition to pro-mammoth cloning partisans.

The Roslin Institute—which cloned Dolly the sheep—feels that cloning extinct mammals is currently highly unlikely, as both a suitable surrogate mother species and whole cells are needed for a successful birth, says the BBC.

Siberia boasts a profusion of remarkable mammoth remains, as the ancient creatures are often remarkably well-preserved by the region's persistent permafrost. Scientists have been pulling finds out Siberia's chill for well over a hundred years now, starting with the Berezovka mammoth find in 1901.

The Berezovka mammoth is also the only mammoth in history that's been partially taxidermized, on display at the Zoological Museum of the Zoological Institute in St Petersburg.

Speculation about why Siberia's mammoths are so well preserved is very much active: to be preserved so well, they almost certainly were quick-frozen, though  it's still unclear how this happened.