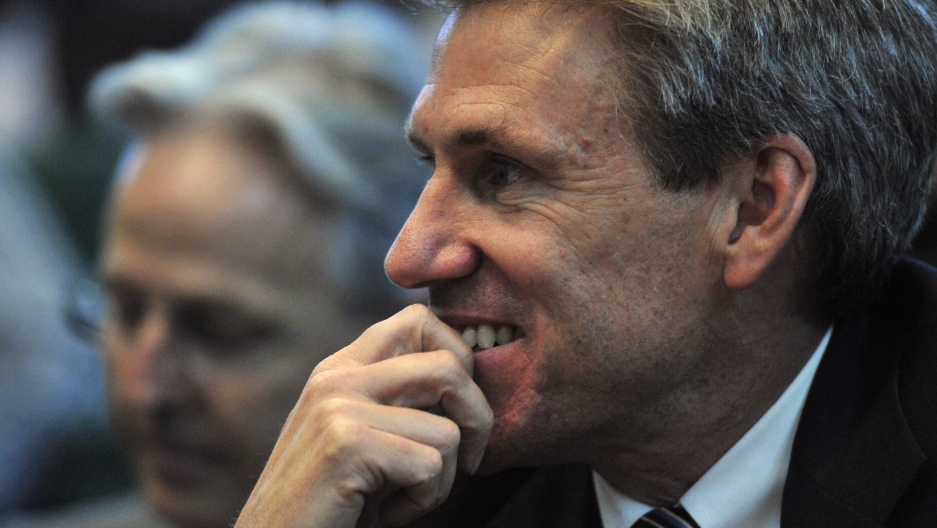 U.S. envoy Chris Stevens listens during a news conference held by leaders of Libya's rebel leadership after talks with representatives of the African Union in Benghazi April 11, 2011. An African bid to halt Libya's civil war collapsed within hours on Monday, after Muammar Gaddafi's forces shelled a besieged city and rebels said there could be no deal unless he was toppled. The rebel rejection came less than 24 hours after South African President Jacob Zuma, head of an African Union mission, said Gaddafi had accepted the plan, including a ceasefire proposal for the conflict in the North African desert state. REUTERS/Esam al-Fetori (LIBYA - Tags: POLITICS CIVIL UNREST)

Share
The death of Amb. Christopher Stevens is a blow to those Libyans who worked closely with the US diplomat before and after the 2011 revolution. Alaeddin Muntasser is a businessman based in Tripoli who had been a friend of Amb. Stevens for the past five years. The two men were planning a reception for this weekend where Amb. Stevens would be formally introduced to the Libyan people. Muntasser says Stevens "really believed in Libya, in some cases more than us."