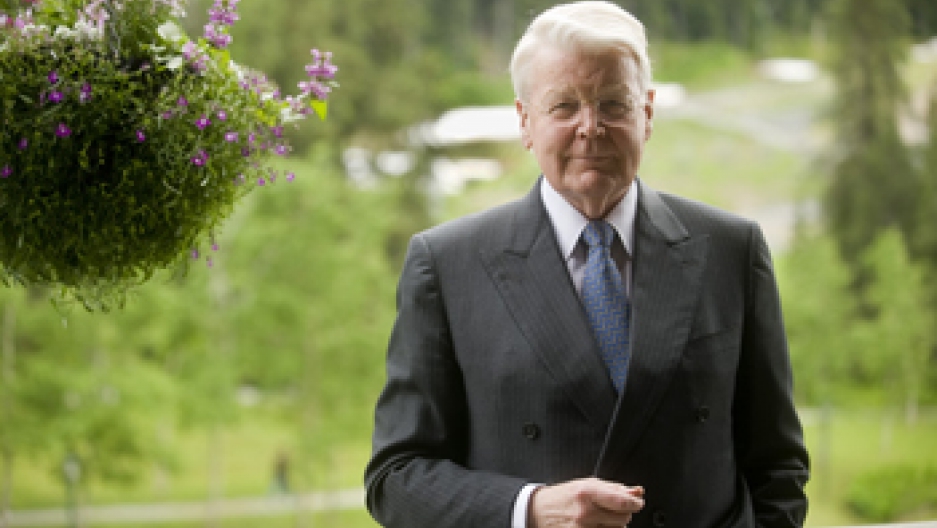 Environmental activists aren’t the only ones to see threats from fossil fuels in the Arctic; world leaders see threats too.

But they also see opportunities.

A warming climate means that sea ice in the far north is melting faster than ever expected. That was one of the topics under discussion the recent Arctic Imperative summit in Alaska, where Iceland's President Olafur Grimsson delivered the keynote address.

Speaking later with Living on Earth, Grimsson said the summit brought together a wide range of people from across Canada, Alaska and other parts of the United States as well.

"People from public life, from the indigenous communities, (from) the local communities as well as from the corporate world, plus people from the Canadian and the American forces," he said. "I think all of this confirms the growing importance of the Arctic."

Perhaps indicating some of the opportunities the warming climate presents, Grimsson's Iceland recently hosted a Chinese icebreaker, the Snow Dragon, which had just completed the first journey through what has been called the Northwest Passage — a sea route from Europe to Asia along Canada's frozen north.

Grimsson said such a passage, alternately known as the northeast passage, would shorten the distance from China to Europe and China to the United States by as much as 40 percent.

But commerce wasn't all that was on the mind of the Chinese, he said.

"There were about 60 Chinese scientists from the Chinese Polar Institute," Grimsson said. "They explained how the melting of the ice in the arctic has a profound impact on the weather patterns in China, and on the agriculture, on the food production, the well being of the people in the city."

And China, like much of the world, could be in the way for radical changes if the polar ice keeps melting, Grimsson said. For example, sea levels could rise to a point where the coast line of China moves 400 kilometers inland, inundating Shanghai and surrounding Beijing. Some 60 percent of China's population currently lives in that country's coastal provinces, according to NOAA.

And while China is still a large, and growing, user of fossil fuels at home, Grimsson lauded them for also being the largest user of wind and solar energy.

"A few months ago, during the visit of the Prime Minister of China Wen Jiabao to Iceland, we signed an agreement for transforming the urban heating system in many Chinese cities, from coal to local, clean, geothermal resources — to do in China what we have done in Iceland," Grimsson said.

Grimsson said he believes before the end of this decade, China will become "the leading clean energy country in the world."

"Unless Europe and the United States get their act together in the field of clean energy, the question before the end of this decade will be: when will Europe and when will the U.S. catch up with China," he added.

The next step is to get electric or other clean-powered automobiles, which will close the loop on clean energy sources — on land at least.

"I think the story about Iceland is that it can be done. Because when I was young, over 80 percent of our energy came from imported oil and coal," Grimsson said. "Within the lifetime of one generation, we have moved from oil and coal over to clean energy."

And it's presented great economic benefits as well. Grimsson said the conversion to domestic, renewable energy each decade saves the equivalent of the country's annual gross domestic product.

But until other countries make that shift as well, the thawing Arctic ice will also present opportunities for countries to extract more fossil fuels.

"What happens to the ice in the arctic, in the Himalayas, and in Antarctica will have a profound effect on every nation, on every continent," Grimsson said. "And the melting of the ice in the last four years has been much more dramatic than anybody predicted ten years ago. And therefore, we need all to be gravely concerned about the effect and the impact of this for everybody on planet earth."