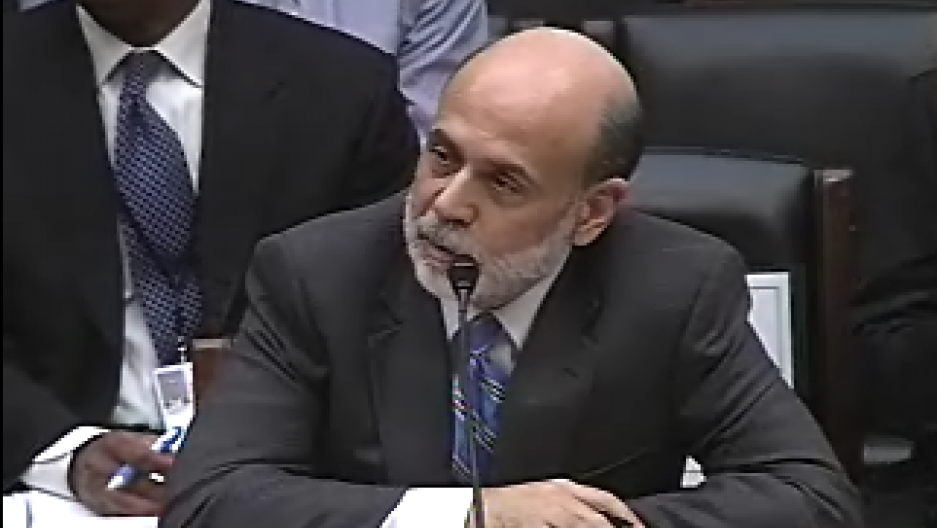 The latest jobs report confirms what has been known for a while — the American economy is recovering at a snail's pace.

But as the Federal Reserve prepares to meet, will it be bad enough the bankers are prepared to take concrete action. Fed Chairman Ben Bernanke has suggested that he is ready to make a strong policy move, but it remains to be seen what exactly that is.

"Given that growth is projected to be not much above the rate needed to absorb new entrants into the labor force, the reduction in the unemployment rate seems likely to be frustratingly slow," Bernake said in July. "We have to keep all the options on the table."

Speculation has grown that Bernake's time to act has come.

Felix Salmon, a finance blogger for Reuters, called it a toss-up as to whether Bernake will take action at Tuesday's meeting.

"The economy isn't hugely worse than the last time they met and they decided not to do it. But on the other hand, we had a big speech recently from Ben Bernake which hinted that he was looking at it," Salmon said.

If they're not going to do it now, Salmon said, then it's hard to imagine when they would do it.

If the fed acts, they'll be stimulating the economy by stimulating the markets, Salmon said. Rather than pay people to build roads, the fed buys mortgage bonds, treasury bonds and other financial products that bring down interest rates.

"If you bring down interest rates, then theoretically people are more likely to borrow and invest in stimulus of their own," Salmon said. "It also helps to support markets. It maks the bond markets go up, it makes the stock markets go up. Then people feel wealthier."

When people feel wealthier, at least in theory, it's good for the economy. Trickle-down, so-to-speak, Salmon said. There's very little harm that this can do, except maybe for the risk of inflation.

Right now, we don't have any inflation, Salmon said, and haven't for a long time.

"When you have an economy that is running well below potential, as ours is right now, it's very difficult to create inflation, even if you try," Salmon said.

There's no reason to think that Federal Reserve action will be a magic bullet for the economy. This is actually the Fed's third attempt to get the economy moving through market purchases — known collectively as quantitive easing.

"The chances of QE3 having any effect before the election are basically zero," Salmon said.