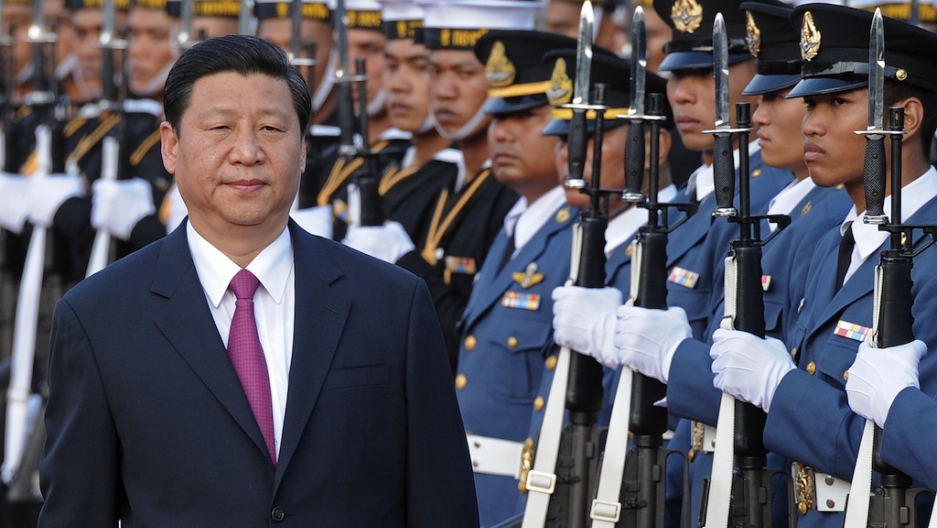 This December 22, 2011 file photo shows Chinese Vice President Xi Jinping during his visit to Bangkok. Barring a last-minute coup-de-theatre, Xi will take over from President Hu Jintao as leader of China's ruling Communist party at the 18th congress to be held in October, and as head of state in March 2013.
Credit: Pornchai Kittiwongsakul
Share

The New York Times reported that Xi has canceled a number of high level, diplomatic meetings recently, fueling speculation about his whereabouts.

On Monday, Xi did not attend a scheduled meeting with Danish Prime Minister Helle Thorning-Schmidt, according to The Times. Last week, he canceled meetings with US Secretary of State Hillary Rodham Clinton and Singapore's Prime Minister Lee Hsien Loong.

The Associated Press wrote that the foreign ministry claimed the "Xi-Thorning-Schmidt meeting was never intended to take place."

“There’s every sort of crazy rumor about Xi’s health,” a senior Chinese journalist told the Times. “But no one is saying anything.”

The transition of power from Chinese President Hu Jintao to Xi is expected to take place next month at the 18th Party Congress, but the dates have not yet been confirmed, adding further speculation to Xi's standing.

“There is a longstanding practice of not reporting on illnesses or troubles within the elites,” Scott Kennedy, director of Indiana University’s Research Center for Chinese Politics and Business in Beijing, told the Associated Press. “The sense is that giving out such information would only fuel further speculation.”