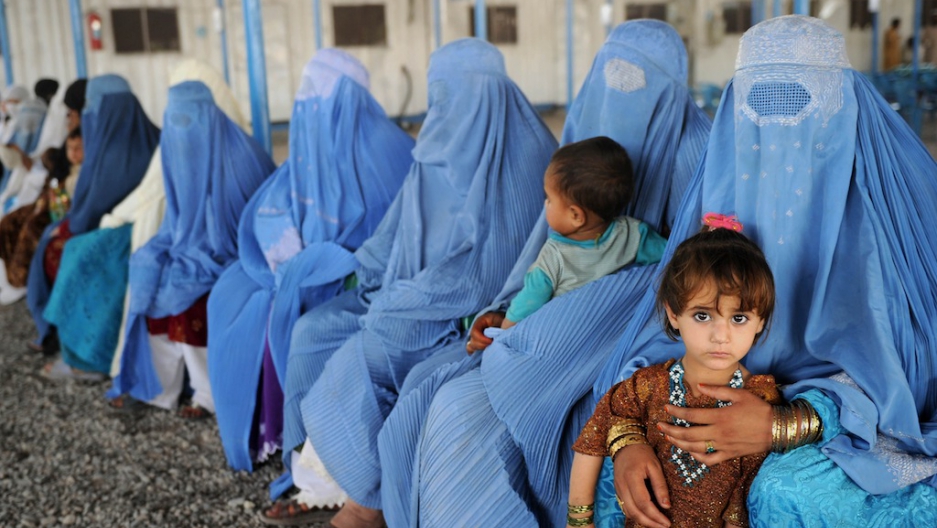 Afghanistan still has a long way to go in the areas of maternal and child health. A new report shows that prenatal care, contraception, and delivery practices are below par in the war-torn country.
Credit: A. MAJEED
Share

Nearly 46 percent of women between ages 20 and 24 gave birth to a child before their eighteenth birthday in the Western regions of Afghanistan, and one in four women in the country overall delivered a live birth before reaching adulthood, says a new report backed by UNICEF.

"Alarmingly, 2 percent have had a live birth before the age of 15," says the report. These women were child brides, sold or given to husbands before reaching maturity. The practice is illegal in Afghanistan, but the tradition remains firmly implanted in certain rural tribal regions of the country to the detriment of both mothers and children.

Of the over 21,000 women aged 15 to 49 years old interviewed for the report, 81 percent live in rural areas, and 69 percent were married, while 82 percent of respondents had received no formal education. The report details how very few women received blood pressure checks or had their blood or urine tested while pregnant, and that contraception use is nearly non-existent in rural areas.

More from GlobalPost: Women's rights must be part of future plans in Afghanistan

Meanwhile, over half of births in Afghanistan — 65 percent — take place at home, contributing to low levels of vaccinations and a mortality rate that's still high, although it has improved overall, according to UNICEF.

The biggest disparities exist between women in rural versus urban areas, and those with some education, as opposed to those women with none, showing that as education of women increases, so does their health and that of their children, while the likelihood of giving birth before age 18 decreases.

"Consistently, the education level of women emerges as a reliable predictor of almost all indicators for women and children," read a June press release from UNICEF. "As women’s education levels rise, performance is higher on most indicators. For example, child mortality is much lower among women with education compared to women without education."

Contraception and family planning is an area where a marked difference can be seen between rich and poor women. In Afghanistan, use of contraception is particularly important to prevent pregnancies that are too early, especially considering the notable instances of child marriages. Also, the report notes that because there is very little training or education, Afghanistan is at very high risk for an HIV outbreak, making the use of condoms all the more crucial.

"Appropriate family planning is important to the health of women and children by: 1) preventing pregnancies that are too early or too late; 2) extending the period between births (birth spacing); and 3) limiting the number of children," says the report. "Access by all couples to information and services to prevent pregnancies that are too early, too closely spaced, too late, or too many is critical."

More from GlobalPost: Escape from abusive family has happy ending for Afghan girl

Generally, the urban areas of Central Afghanistan is where more-educated, wealthier women live and have higher instances of access to contraceptives, although still only about 30 percent of women use any contraception in those areas. The area with the lowest instances of contraception use was the Northeast – a sometime Taliban-controlled area that borders Pakistan.

Meanwhile, 92.9 percent of married women ages 15-19 are not using any method of contraception at all.

According to the World Health Organization, "global estimates are that up to 35% of maternal deaths could be averted by preventing unintended pregnancies" in Afghanistan. However, although change is slow and resistance to contraception, or an inability for women to access it continues, many organizations, along with the Afghan government, are working to provide education and assistance, and despite the shocking numbers, modern contraception use is increasing.

"In countries like Afghanistan, where women are illiterate and repressed, (family planning) could be difficult," Wagma Battoor from anti-poverty organization CARE told Reuters last year. "In addition to providing education, counseling and improving women's access to birth control supply, it is equally important to include men in the family planning discussion."

For more of GlobalPost's coverage of women in Afghanistan, please check out our Special Report "Life Sentence: Women and Justice in Afghanistan."