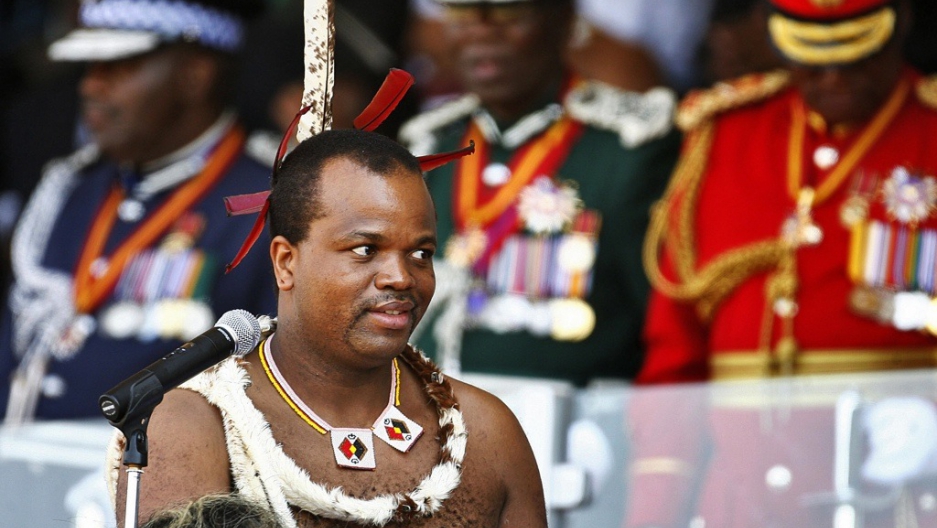 The government of Swaziland's King Mswati III is negotiating with South Africa for a $355 million financial bail out loan.
Credit: Paballo Thekiso
Share

It might seem odd to outsiders, but the best way to celebrate chastity for King Mswati III of Swaziland is to watch thousands of young women and girls – all of them virgins – dance topless.

Such is the Umhlanga Reed Dance, an annual rite that sees girls as young as five dance, chant and lay reeds at the feet of Mswati and the Queen Mother.

“I’m proud to be Swazi and to be a virgin. We are here to show unity with the king and with each other,” participant Gcebine Dlamini, 18, told Reuters.

In the past, the king has used the reed dance to select a new bride.

The songs performed included “I am a virgin, please come and inspect whether I am still pure,” and “We do not want political parties in Swaziland,” the Observer said.

That last one might be in reference to Mswati’s controversial reign.

Worth an estimated $200 million, the 44-year-old king has 14 wives and gets to appoint the tiny nation’s prime minister, the New York Times said.

He’s known to bestow his brides with cars as wedding gifts and shopping trips, including a recent excursion to Las Vegas, Reuters said.

That doesn’t sit well with critics who contrast the king’s lavish lifestyle against a nation with the world’s highest HIV/AIDS rates where two-thirds of its population lives in poverty.

While he normally takes 10 minutes to interact, he more than doubled that this weekend.