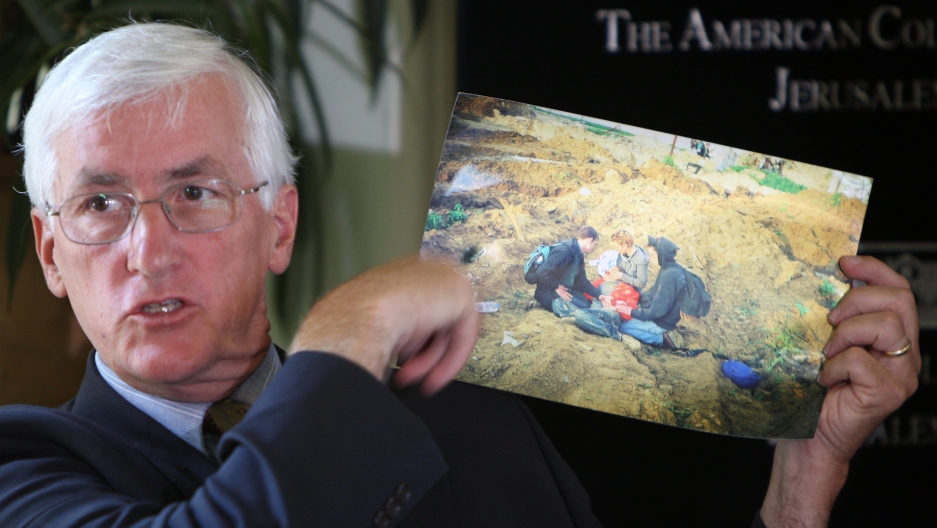 JERUSALEM — Craig Corrie is unusually qualified to understand how his daughter died.

The insurance executive is the father of Rachel Corrie, a 23-year-old American pro-Palestinian activist who died in Gaza in 2003, when she was crushed by an Israeli military bulldozer while attempting to stop home demolitions.

The army said the bulldozer's operator failed to see her kneeling because his field of vision was limited.

Craig Corrie served as a combat engineer in Vietnam, where one of his duties was to oversee the work of bulldozers similar to the one that killed his daughter. "I know there's stuff you can't see out of the double glass windows," he says.

But he doesn’t believe that excuses the operator in his daughter’s case. "You’re responsible for knowing what’s in front of your blade," he says. "It’s a no brainer that this was gross negligence."

More from GlobalPost: Violence in Israel: the new normal?

An Israeli district court judge presiding over the Corrie family’s wrongful death suit against Israel didn’t see it that way.

The state wasn’t liable, he ruled, because soldiers had warned the activists “time and time again" to leave the site. “She consciously put herself in harm’s way," he concluded.

Two bulldozers and one armored personnel carrier were operating in the field in which Rachel died. Corrie believes someone must have seen Rachel standing or kneeling — or should have. "They had three months to figure out how to deal with the activists that were there,” he says.

He doesn’t go so far as to say Rachel's death was intentional. "I can't look into the man's heart,” he says of the bulldozer operator, “if he has one."

But criticism from Huwaida Arraf, co-founder of the activist group the International Solidarity Movement, or ISM, with which Rachel Corrie was affiliated, is more categorical. The ISM called her death "murder."

"It's completely blame the victim," says Arraf, who sat with Corrie family members in court when they heard the verdict.

"We have decades of experience with Israeli courts, and in general they put a legal cover on the Israeli occupation [of Palestinian land],” she says.

Although Israeli Prime Minister Ariel Sharon promised US President George W. Bush in 2003 that the investigation into the death would be "thorough, credible and transparent,” the American ambassador, Dan Shapiro, told the Corrie family this month that the United States was unhappy the inquest was closed.

Some observers have argued the state made a credible case, including Joshua Hammer, an American journalist who covered her death.

"The operators, peering out through narrow, double-glazed, bulletproof windows, their view obscured behind pistons and the giant scooper, might not have seen Corrie kneeling in front of them," he wrote.

Foreign policy analyst Mitchell Bard blames Rachel for putting herself “in a dangerous position in a closed military area."

"The Corries suffered a terrible tragedy and want to blame Israel,” she says.

"The death was an accident, so I don't want to assign blame,” she said when asked whether the ISM bears some responsibility for Rachel's fate. “However, the ISM is certainly responsible for encouraging people to challenge the Israeli military and putting them in harm's way."

The ISM has often courted controversy and walks a fine line between promoting non-violence and occasionally supporting violent activists.

But Arraf dismisses accusations against her group. "We never guarantee anyone safety when we facilitate someone's arrival here," Arraf says. "We explain what kind of weapons there will be, how to de-escalate hostility, to try to keep as safe as possible, work in teams, we don't want people to do anything stupid."

Craig Corrie doesn’t blame the ISM for his daughter's death. "Of course they weren't sent by ISM,” he says of the young activists in Gaza. “She was 23 years old and had a mind of her own.”

But he advises the parents of young activists to escort them to dangerous protests. “It’s often a great risk,” he says, “what people do to change the world.”