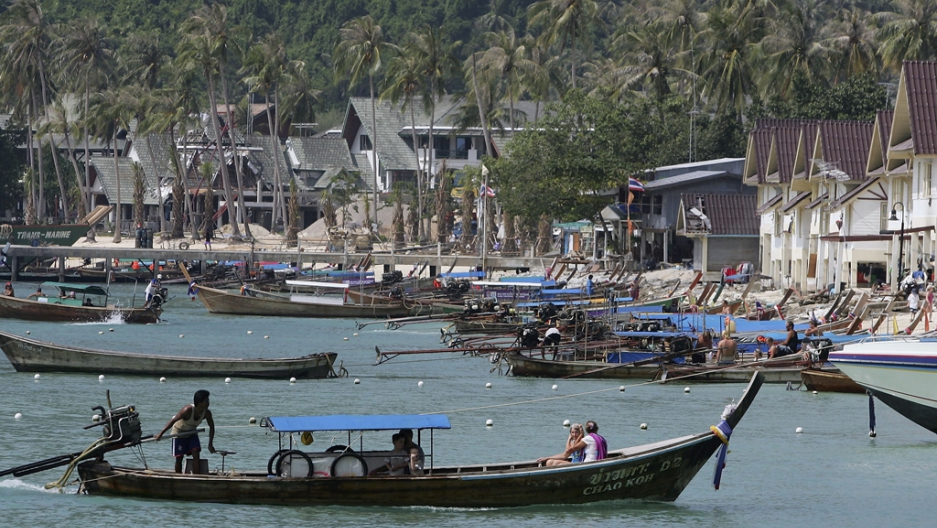 A view along a beach is seen on Phi Phi Island, Thailand.
Credit: Chris McGrath
Share

According to French-language arm of the public broadcaster, which saw a copy of the Thai autopsy, medical examiners found high concentrations of the mosquito repellent in the bodies of Audrey, 20, and Noemi, 25, Belanger.

DEET is one ingredient in a popular local cocktail in Thailand that also includes cola, cough syrup and kratom leaves, a narcotic.

The newspaper said it could be months before autopsy results are revealed.

CBC said that too much of the potentially toxic DEET might have been added to the Quebec girls’ drinks.

Police discovered the Belangers after hotel staff didn’t receive an answer from repeated attempts to clean the room.

The girls had apparently bled from the gums, the bodies were covered in lesions, there was vomit in the room and their finger and toenails were blue.

Results from a second autopsy in Quebec are still not available, the Toronto Sun reported.

“The investigation is not completed, so we can’t confirm or deny,” Genevieve Guilbault of the Quebec coroner’s office said.

Carl Belanger said shortly after his daughters died that insecticide for bed bugs might have killed the girls.