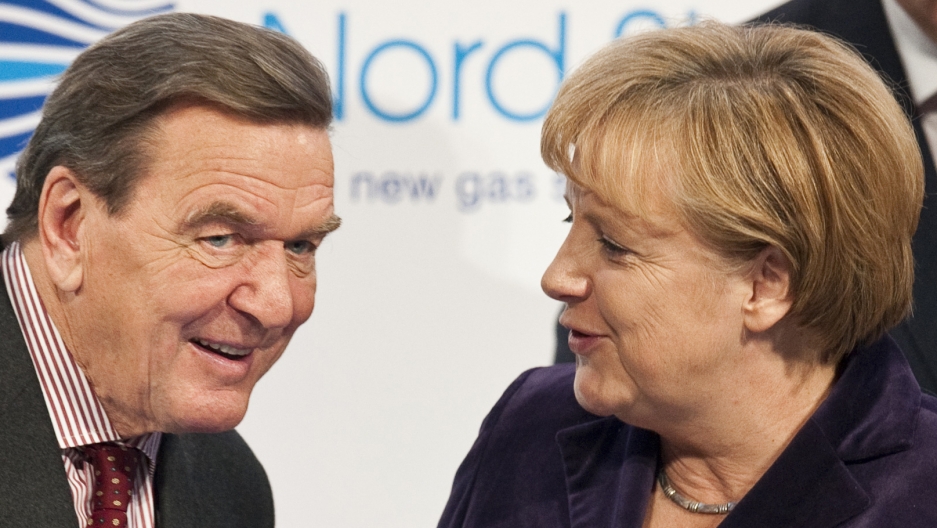 BERLIN, Germany — It’s often overlooked that this country’s churning economy was recently stalling. That was the topic of a presentation by Peter Hartz, personnel director of the Volkswagen Group, to the great and good of the German media in the capital’s opulent French Cathedral 10 years ago this month, when he unveiled a set of ideas to turn it around.

The work of a 15-member commission reporting to Gerhard Schroeder, the proposals envisioned a complete shake-up of the labor and welfare system.

The so-called Hartz reforms provided the heart of the chancellor’s ambitious program to modernize the economy. They divided public opinion and ended up costing Schroeder his job. But many believe they were central to transforming Germany’s economic fortunes.

Now Berlin is imploring the rest of Europe to liberalize its labor market along similar lines. However, evaluations are still mixed a decade on. Although some argue the reforms reinvigorated a sclerotic labor market and slashed unemployment, others believe their larger legacy is an explosion of low-paid work and growing social inequality.

More from GlobalPost: For sale by owner: chateaus, palazzos, and barracks

Germany was still struggling to deal with the costs of subsidizing East Germany’s collapsed economy in 2002 when it came to be regarded as the sick man of Europe. “Compared with other European countries, Germany hadn’t been doing well for quite a long time,” says Ralf Wilke of York University. “It was always underperforming in terms of growth and unemployment.”

The number of unemployed had reached almost 10 percent and welfare costs were spiraling, problems the government believed required urgent reforms.

Schroeder, who headed a coalition of his center-left Social Democratic Party, the SPD, and the Green Alliance, had recently won a power struggle with former Finance Minister Oskar Lafontaine, who led the SPD’s left wing. Schroeder argued the coalition needed to emulate the new centrist path of British Prime Minister Tony Blair’s Labour Party by modernizing the economy.

The Hartz reforms deregulated the work of employment agencies and low-paid jobs, reduced tax and social contributions and reorganized the government’s labor agency.

The central and most unpopular measure reduced unemployment benefits from three years to one and collected other welfare benefits into a single payment of $450 a month, on top of money for housing and health insurance.

The attack on the social safety net proved deeply unpopular among many SPD politicians and supporters. Lafontaine and other disaffected members left to join forces with the old East German communists to form the Left Party.

Despite the reforms, unemployment continued to rise to more than 5 million in 2005, when the SPD lost the election as its base deserted.

When the economy began to revive soon after, the new chancellor, Angela Merkel, reaped the political rewards. Unemployment fell to its current 6.8 percent, the lowest rate since reunification in 1990, and although the euro crisis has begun to slow economic growth, Merkel remains popular.

Some believe the Hartz reforms are chiefly responsible for the good times over which she’s presided. Sabine Klinger of the Institute for Employment Research believes no other factor fully explains the dynamic labor market.

“Those structural changes caused the improvements,” she says. “It’s become cheaper and quicker for companies to find and hire staff. The reduction in costs has naturally made it more attractive to hire people, to create new jobs.”

Not everyone is convinced. “They didn’t hurt,” Wilke says of the reforms, “but I don’t believe they’re the major factor.”

He points to a huge boom in the export of German cars and heavy machinery to emerging economies, as well as an aging population. “Many have retired while much smaller numbers of young people are entering the labor market.”

Hilmar Schneider of the Bonn-based Institute for the Study of Labor argues the reforms had a large impact on jobless figures among older people.

Companies had used the welfare system as a way of off-loading workers in an unofficial early retirement scheme. Those who lost their jobs were entitled to a long period of high welfare payments after their unemployment benefits ended. “They had little loss of earnings and could retire 10 years earlier than normal,” he said.

Although employers and employees were happy, the cost to the state was enormous. The changes have made a significant effect: Employment for those aged 55-64 was just 40 percent in 2003. Today it’s 60 percent.

Being unemployed has become far more daunting. When benefits run out after a year, those laid off must cope with meager payments only after they exhaust their savings, property and other assets.

Many have low-paid jobs. However, the lack of a minimum wage forces workers who can’t share costs with other earners to supplement their income with welfare payments.

“In retail, which is strongly dominated by female workers, many employers use ‘mini-jobs’ to deploy staff flexibly,” Rockhoff says. “If the pay isn’t enough, they tell them to apply for social welfare.”

Deregulation has made workers’ positions more precarious in other ways. Half of all new positions are on short-term contracts. Even in academia, the media and other skilled sectors, employers can hire new staff on a one-year basis.

Employers have also increasingly relied on hiring through temporary employment agencies to give themselves more flexible workforces. “Firms use that to pressure their staff employees,” says Fabian Lindner of the Macroeconomic Policy Institute. “They say we can fire you and rehire you as an agency worker.”

The pressure has helped keep wages low: Germany is the only member of the Organization for Economic Cooperation and Development in which real wages have fallen during the past decade. That has increased German exports’ competitiveness but depressed domestic demand.

The result has been a two-tier system under which one part of the labor force enjoys good social and job protection and the rest must get by on less secure, generally low-paid jobs.

Although some say unemployment was a worse prospect for the many with low-paid jobs, Lindner describes the system as a “race to the bottom.”

And if the euro crisis continues to slow the German economic juggernaut, unemployment may become an issue again.