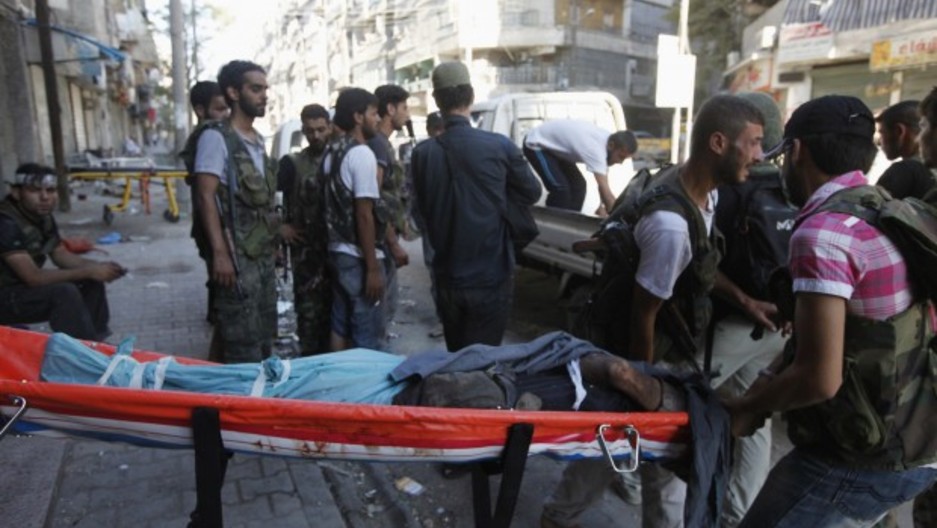 Members of the Free Syrian Army transport the body of their comrade outside a hospital in Aleppo's district of Bustan Al Qasr, August 21, 2012. According to the them, their comrade was killed by shelling from forces loyal to Syria's President Bashar al-Assad. REUTERS/Zain Karam (SYRIA - Tags: POLITICS CIVIL UNREST)

Share
Anaesthetist Rachael Craven of the Bristol Royal Infirmary in England used her holiday leave this year to go to Syria. She tells host Marco Werman how she worked undercover in rebel-held territory for the relief group Doctors without Borders, also known as Medecins Sans Frontieres. Craven treated war casualties in a house in northern Syria that had been converted into a hospital. She worked in the country illegally, and never knew if the hospital would be discovered by the Syrian authorities who are at war with the rebels. "There's always an edge of insecurity," Craven says. "You don't know, are you going to be able to stay there? You always have to think which patients can be discharged, who do you need to take with you."