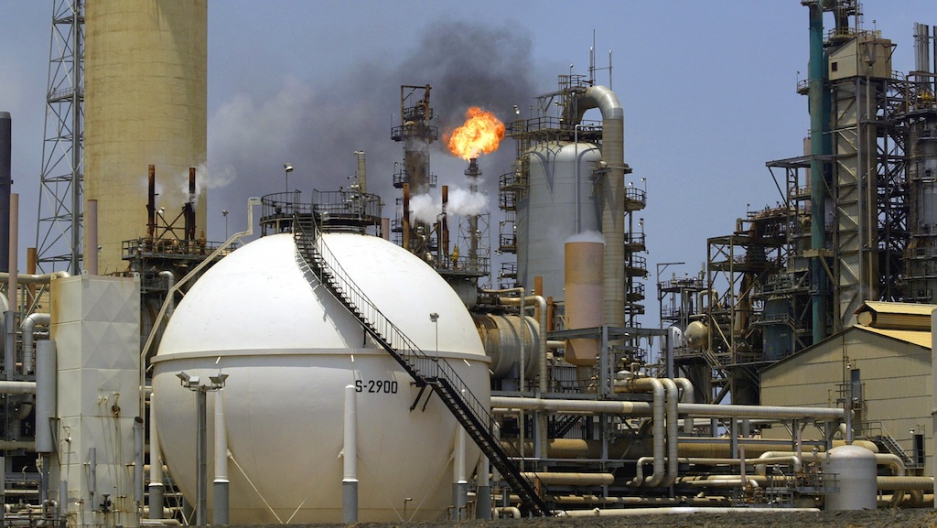 A controlled flame burns behind a storage tank in the oil refinery complex of Amuay-Cardon in Paraguana, located about 350 miles West of Caracas, Venezuela. Amuay-Cardon, one of the world's largest oil refineries, suffered an explosion that killed at least 26 people Saturday.
Credit: Kimberly White
Share

The death toll from an explosion at Venezuela's largest refinery rose to 48 on Monday as the fire it sparked spread to a third storage tank.

Vice President Elias Jaua confirmed news of the spreading flames Monday afternoon on Twitter and to The Associated Press.

The higher death told was announced by Falcon state Gov. Stella Lugo during remarks to Venezuelan radio station Union Radio, according to The Associated Press.

An estimated 150 people were injured when a gas leak ignited the blast early Sunday, and 33 of them remained hospitalized Monday, the AP reported.

Officials said the Amuay refinery was expected to reopen Tuesday, although fires were still burning Monday and spread to a third storage tank.

The cause of the blast is still under investigation, although nearby residents told the AP they noticed a strong odor of sulphur hours before the explosion shook their windows and leveled some buildings.

He declared three days of national mourning for the victims and ordered an "urgent investigation," BBC News reported.