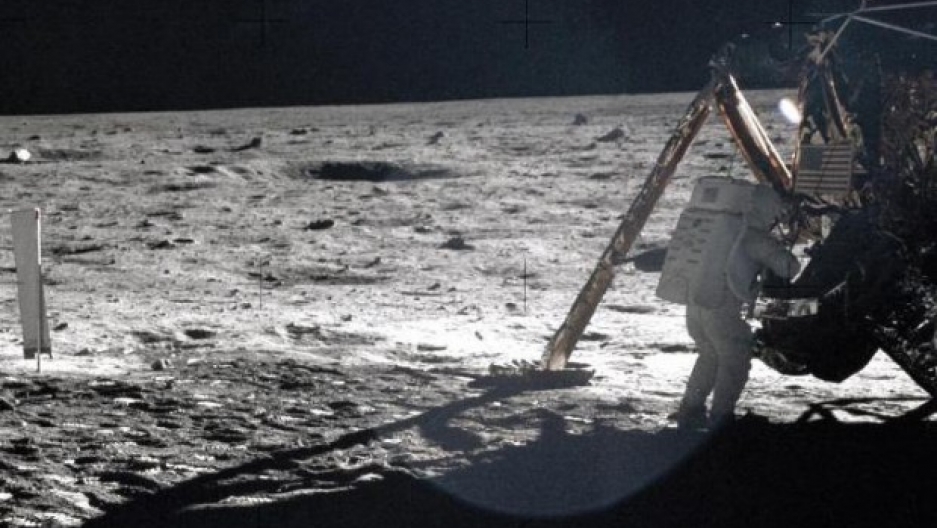 Share
The passing of Neil Armstrong on Saturday had many Americans thinking back to 1969. Armstrong's "giant leap for mankind" meant the US beat the Soviet Union in the race to land a manned mission on the moon. A decade earlier, it was the Soviets who seemed to be in the lead. In 1959, they landed the first spacecraft on the moon, a spherical contraption named Luna 2. At the time, Sergei Khrushchev, son of former Soviet Premier Nikita Khrushchev, was working on the Soviet missile and space program. He did so until 1968 – the year before the Apollo 11 moon landing. Sergei Khrushchev came to the US in 1991. He and his wife took US citizenship in 1999. He's now a visiting professor at Brown University. He told anchor Marco Werman that when American President John F. Kennedy announced in 1961 his plan to send an American on the Moon before the end of the decade, Nikita Khrushchev decided he would not try to compete. Khrushchev said it would be too costly and that he had other priorities for the Soviet Union, such as improving the lives of Soviet Citizens. According to Sergei Khrushchev, his father saw the Moon landing as a great achievement for humanity.