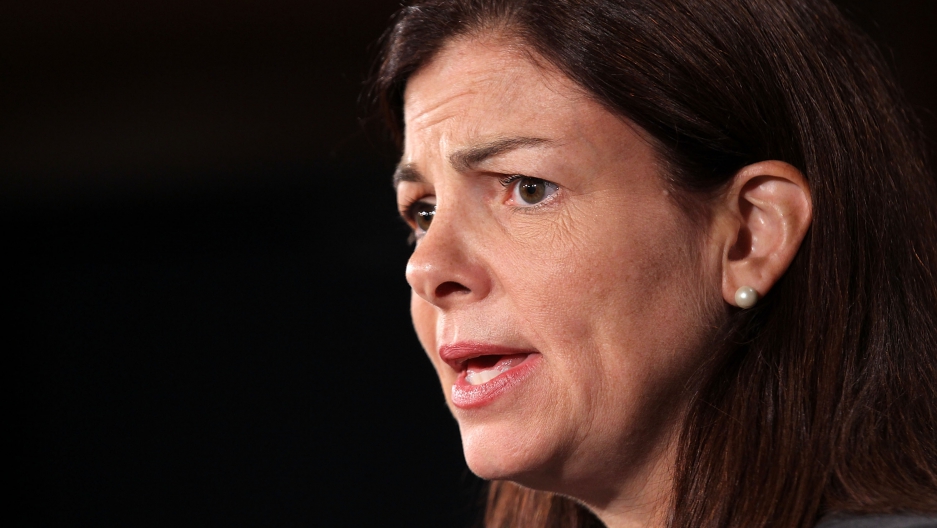 As a former Attorney General of New Hampshire, Ayotte was at the forefront in defending a law requiring parental consent of a minor who wants to have an abortion.

She lost and Planned Parenthood came out victorious in the US Supreme Court's ruling that the law was unconsitutional, said Sea Coast Online.

Ayotte's family is originally French Canadian but she was born in New Hampshire in 1968.

She attended Penn State and then law school, clerking afterward for Sherman D. Horton, an Associate Justice of the New Hampshire Supreme Court.

She became junior senator from New Hampshire after a race against Democratic contender Paul Hodes, a US representative in New Hampshire's second district.

Ayotte then served as the Attorney General of New Hampshire where she argued two high-profile capital murder cases - one of which convicting New Hampshire's only existing death row inmate, Talking Points Memo said.

Ayotte's stances on the issues can be described as boilerplate Republican fare.

On guns rights she's staunchly pro-gun, said the Concord Monitor, and counter to regulation with one exception: the Castle Doctrine, which she opposed in New Hampshire, justifying deadly force if someone encroaches on your property.

She supports Arizona's harsh immigration bill and questions studies that support the notion that humans have caused climate change.

She has pledged to repeal Obamacare and has regularly been opposed to labor unions.

Turner thinks the "Bush Tax Cuts" should be made permanent, said Sea Coast Online and wants abortion illegal except in circumstances of rape and incest, reported the Concord Monitor.