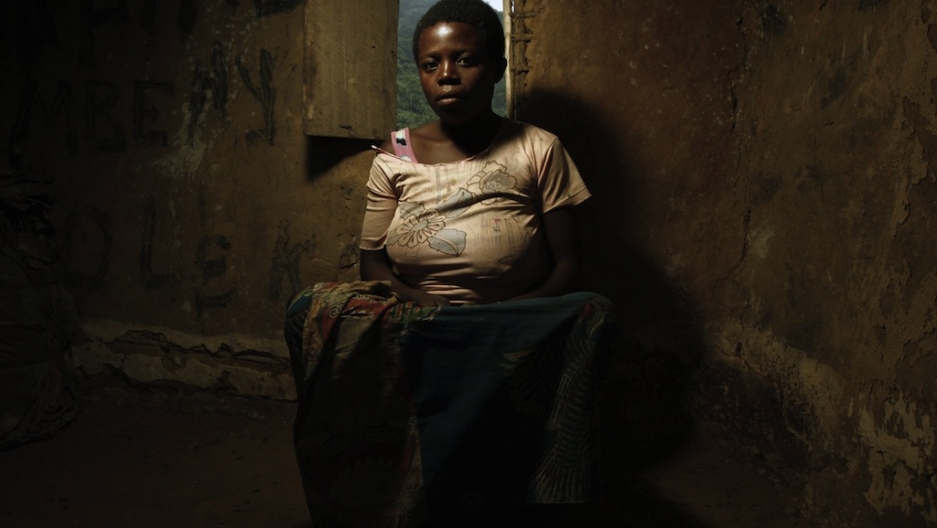 Tantini Kahindu, 16, sits in her house in the village of Luvungi, Congo, in 2010. The village was attacked by Hutu rebels from Rwanda and local militias, who raped more than 280 women and minors as punishment for the villagers' alleged support for the Congolese Defense Forces (FARDC). Suspected rebels raped at least 242 women within a few days in the eastern Democratic Republic of Congo's Nord-Kivu province. Had any of those women become pregnant, safe abortion services were not available, in part because of the influence of radical American Christian groups such as the American Center for Law and Justice and Human Life International.

In the US this week, the brouhaha over Rep. Todd Akin's remarks about "legitimate rape" touched on the hot-button issues of individual freedom, government intervention, party politics and women's rights. It has pitted the Republicans and Democrats against each other, with American uteri squarely in the line of fire.

But what many either forget or don't know is that lawmakers like Akin and the pro-life religious organizations have major international influence, particularly in Africa.

A new report from PublicEye, a progressive Boston think tank, shows how policies of the American conservative Christian movement have contributed to outlawing abortions, including in cases of rape, in countries where rape is most prevalent and population control is a very serious concern.

Written by Anglican minister Dr. Kapya Kaoma, "Colonizing African Values - How the U.S. Christian Right is Transforming Sexual Politics in Africa," [PDF] lays out the facts: Activists on the Christian right, led by such luminaries of their fields as Pat Robertson, Sharon Slater and Randall Terry, actively involve themselves in writing policy and getting lawmakers elected in African countries.

While the report focuses significantly on these groups' attempts to maintain the criminalization of homosexuality, stifling reproductive freedom in countries like Zambia, Uganda, and Kenya is also high on the agenda.

Human Life International (HLI), a radical Catholic group that operates by holding conferences for seminarians, distributing literature and setting up relationships with African religious leaders and politicians, has an umbrella pro-life position — against abortion, stem-cell research, euthanasia and contraception.

HLI is just one of many religious organizations operating in Africa, and it's one of the most far-reaching, best-connected and most influential. HLI has had a hand in drafting amendments and full constitutions in Zambia and Kenya, according to Kaoma's report. It also plays a significant role in the Congo and the Democratic Republic of Congo, making sure attempts to decriminalize abortion there are futile.

"Emanating from right-wing Roman Catholic, Mormon, and Protestant evangelical traditions, groups like the American Center for Law & Justice, Human Life International, and Family Watch International work both separately and in tandem to renew and expand colonial-era proscriptions on sexual rights," says "Colonizing African Values," detailing how these groups operate in multiple countries by setting up offices and churches, and preying on the traditional anti-colonist, super-religious culture of Africa by hypocritically convincing leaders that Western attempts to legalize abortion is meddling.

"Some of these players may be familiar to US audiences. The Pat Robertson-founded American Center for Law & Justice (ACLJ) recently opened offices in Kenya and Zimbabwe and actively intervenes in those countries’ constitution-making processes," says the report, noting that "ACLJ is run by Jay Sekulow, a prominent figure in anti-gay, -abortion, and -Muslim legal strategies, who advised the George W. Bush administration on judicial nominees and is embraced by presidential hopeful Mitt Romney."

More from GlobalPost: How warlords and Washington lobbyists undermine stability in Eastern Congo

According to TrustLaw, a division of Thompson Reuters, over 1,100 women are raped per day in the Congo, and abortion is totally illegal there, including in cases of rape or incest. HLI believes that it's rare a pregnancy should occur from rape, and so has continued a mission in the Congo (along with a number of other countries, such as Rwanda) to discount years of evidence gathered by countless organizations and the UN that legal, safe, available abortions save lives.

HLI is also waging war against the Maputo Protocol, the first pan-African charter on human rights, which was adopted by the African Union in 2003 and officially went into effect in 2005. It guarantees things like reproductive freedom, social and political gender equality and an end to female genital mutilation.

HLI has called the Protocol "insidious" and says it will bring a "wholesale radical feminist transformation of African society and the destruction of traditional cultures. The traditional family of breadwinning father and homemaking mother is to be replaced with a genderless utopia," according to a 2007 study. HLI also calls condoms "the other great menace of Africa."

But despite what HLI and other right-wing organizations like the American Center for Law and Justice believe, experts at the WHO say that access to safe abortions will drastically reduce instances of unwanted pregnancy, as well as mortality — because although it's illegal in many places, African women seek out abortions anyway, especially in cases of rape, which is also a war-time tool long used by militias across the continent.

More from GlobalPost: What's behind the controversy over gay rights in Africa?

The report quotes Seodi White, the Director of Women and the Law in Southern Africa Research and Education Trust (WLSA Malawi), who "noted that the restrictive laws force many women into procuring unsafe abortions using unconventional means such as 'drinking surf (washing powder), using wires, and poisonous herbs. So what we are asking is that our laws should be liberalized so that those who want to carry out abortion should be accessing assistance from trained medical personnel in hospitals instead of going for unsafe abortion.'"

The Guttmacher Institute, a non-profit reproductive rights advocacy and research organization states that 14 countries in Africa either outlaw abortion altogether, or only allow it in the case of saving the life of the mother. In a fact sheet from earlier this year, Guttmacher lays out just what happens when abortion is outright illegal: