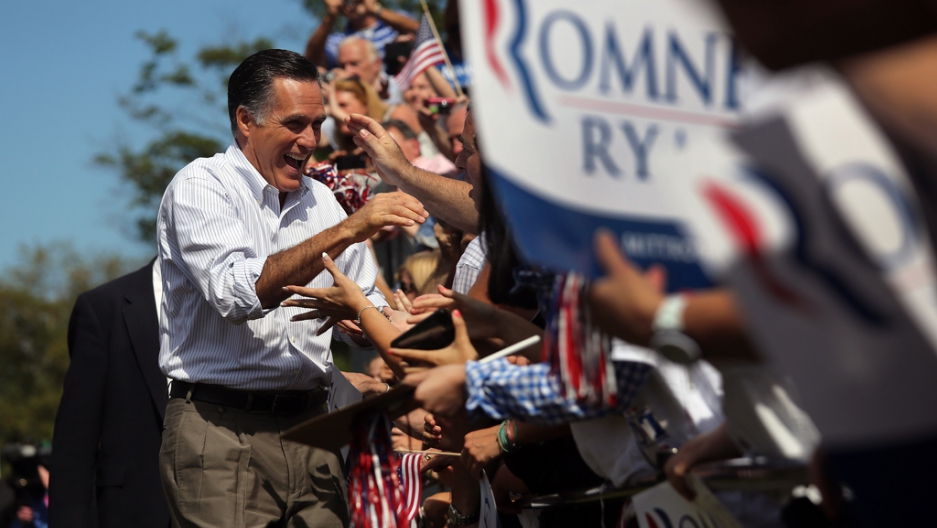 The controversial doctor behind Rep. Todd Akin’s comments about pregnancy resulting from "legitimate rape" was an important surrogate for Mitt Romeny during his last presidential bid, reports Politico.

In 2007, Romney welcomed the endorsement from Dr. John “Jack” Willke, a controversial but well-known doctor who is often referred to as “the father of the anti-abortion movement.”

Romney has tried to distance himself from the Missouri Republican's comments that pregnancy resulting from "legitimate" rape is rare, because the woman's body can "shut down" unwanted conception.

Slate points to a 1999 essay by Willke as the basis for Akin's comments:

To get and stay pregnant a woman's body must produce a very sophisticated mix of hormones. Hormone production is controlled by a part of the brain that is easily influenced by emotions. There's no greater emotional trauma that can be experienced by a woman than an assault rape. This can radically upset her possibility of ovulation, fertilization, implantation and even nurturing of a pregnancy. So what further percentage reduction in pregnancy will this cause? No one knows, but this factor certainly cuts this last figure by at least 50 percent and probably more.

While Romney is trying to distance himself from the embattled Missouri senate candidate now, he welcomed the doctor with open arms during his own presidential bid.

A campaign press release from October 2007 said Romney was proud to have the physician join his campaign.

“Today, Dr. John Willke, a founder of the Pro Life Movement, endorsed Governor Mitt Romney and his campaign for our nation’s highest office,” the campaign wrote. “Dr. Willke is a leading voice within the pro-life community and will be an important surrogate for Governor Romney’s pro-life and pro-family agenda.”

In the release, Romney said he looked forward to working with Willke. “I am proud to have the support of a man who has meant so much to the pro-life movement in our country. He knows how important it is to have someone in Washington who will actively promote pro-life policies.”

Romney might have further problems distancing himself from Willke since the physician went to the media to boldly stick by his statements.  The New York Times quotes the doctor again as saying a woman who is raped is less likely to become pregnant.

“This is a traumatic thing — she’s, shall we say, she’s uptight,” Willke told the newspaper, adding, “She is frightened, tight, and so on. And sperm, if deposited in her vagina, are less likely to be able to fertilize. The tubes are spastic.”

Other medical reaction to Willke's statements? “There are no words for this — it is just nuts,” Dr. Michael Greene, a professor of obstetrics, gynecology and reproductive biology at Harvard Medical School, told the New York Times.