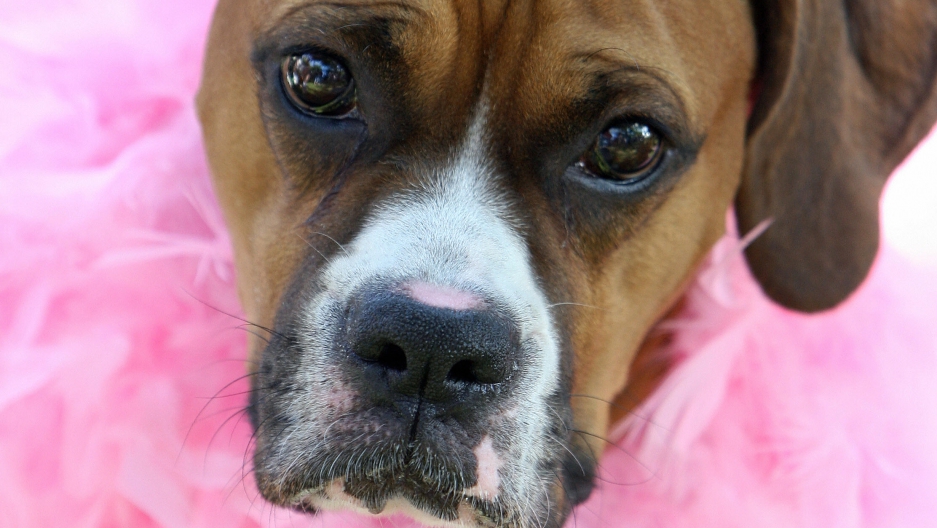 Dog dancing has been banned by the UK Kennel Club after its meteoric rise in popularity.
Credit: Gabriel Bouys
Share

Dog dancing: amusement for millions of Youtube viewers (see below), yet humiliating and degrading for the dog.

So says the Kennel Club in the United Kingdom, which banned the practice this week.

Actually, the Club has only banned those moves that it considers "extreme" or "unnatural" reported the Telegraph.

This may include routines such as the Moonwalk or the Twist, which are particularly challenging for dogs.

Other banned moves include the "footstand," where the owner holds the dog up with his or her feet while lying on his or her back and the "wheelbarrow," which is self-explanatory and certainly conjures up disturbing images.

According to the Daily Mail, the ban also limits owners' use of costumes for dogs, with distasteful costumes such as dressing them up as a cat deemed unacceptable.

"We know that the more people we get into the sport, the more they are going to have to look to other types of moves in order to make an impact," said Kennel Club secretary Caroline Kisko, reported the Daily Mail.

"We are trying to pre-empt that. The priority is the dog’s safety."

The Kennel Club's pre-emptive action is understandable but its reference to "sport" remains a mystery.