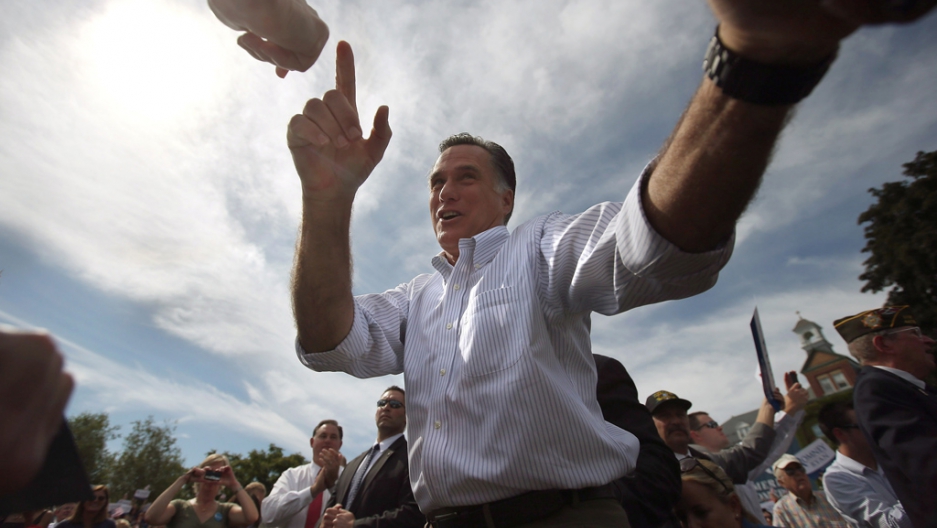 Akin sparked controversy late Sunday by claiming in a televised interview that "legitimate rape" rarely leads to pregnancy because the female body can shut down conception of an unwanted baby.

Akin has since backtracked from his comments, claiming he misspoke, but the debate about women's health in the 2012 Presidential campaign is far from over.

With polls showing President Obama with a sizeable lead over Romney among women, the GOP ticket needs to distance itself quickly from Akin's comments if they are to have a chance at winning over women voters this election.

“Governor Romney and Congressman Ryan disagree with Mr. Akin’s statement, and a Romney-Ryan administration would not oppose abortion in instances of rape,’’ Romney campaign spokeswoman, Amanda Henneberg, wrote to the New York Times.

Romney may be fighting to distinguish himself from the harsh no-exceptions abortion policies of many of his fellow Republicans but he actually started out his political career on the pro-choice side of the abortion debate.

In 2002, he successfully campaigned to be Governor of the liberal-leaning Massachusetts by running as a pro-choice candidate who would protect a woman's right to an abortion. Romney even turned down an endorsement from the pro-life organization Massachusetts Citizens for Life.

Romney defended his pro-choice bona fides in a debate with O'Brien. "I am not going to change our pro choice laws in Massachusetts in any way," he said. "I will preserve them, I will protect them, I will enforce them. Therefore I am not going to make any changes which would make it more difficult for a woman to make that choice herself."

In 2005, Romney wrote an editorial in the Boston Globe saying he was vetoing a bill that would allow rape victims emergency contraception because it would terminate a living embryo after conception.

By 2007, he was no longer a candidate for Massachusetts Governor and had set his sights on the national stage, running for the Republican nomination for President.

Faced with Republican challenges from staunch pro-life candidates including Mike Huckabee and Tom Tancredo, Romney made an about-face on the abortion issue and came out as adamantly pro-life.

When asked in a debate if he would vote for a bill banning all abortions Romney said he would be "delighted to sign that bill" and added it would be "terrific".

Romney continues to fend off criticism that he's changed his abortion position to go with the current winds of politics. In a late 2011 interview with the Des Moines Register Romney defends his abortion evolution by saying "I am adamately pro-life and this is not something that happened just before the election."

When asked whether he would accept abortion in any circumstances he said it should be legal in the case of rape, incest or risk to the life of the mother.

Romney's abortion evolution might already be confusing to voters but his selection of Paul Ryan as his VP pick is further muddying the waters.  Ryan, a Catholic, is staunchly pro-choice and joined Rep. Akin last year in co-sponsored a bill that would narrow the exceptions to the laws banning federal funding for abortion from all cases of rape to cases of "forcible rape".

Read more: Campaign 2012: Todd Akin and the war on women