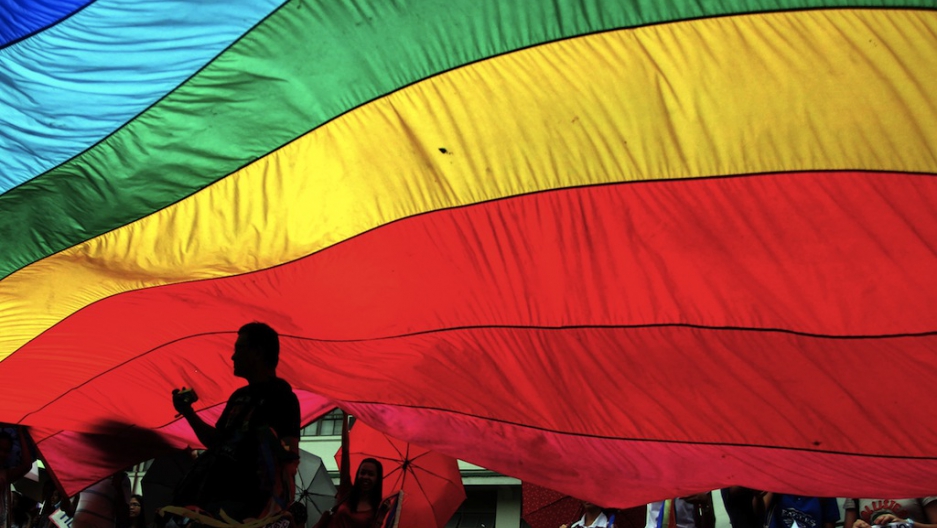 There won't be any rainbow flags at Cameroon's gay hate day parade, and human rights leaders have called on the president to step in and decriminalize homosexuality.
Credit: JASON GUTIERREZ
Share

A group called Rassemblement de la Jeunesse Camerounaise association (Cameroonian Youth Rally, or RJC) has declared Tuesday, August 21 to be 'Gay Hate Day' in Cameroon, which is exactly what it sounds like.

In a sick inversion of a gay pride parade, Hate Day will be the first annual "celebration" against homosexuality in Carmeroon. Human rights leaders across the continent have condemned the idea and are calling on Cameroonian President Paul Biya to "take a stand against discrimination and decriminalize homosexuality."

“These anti-gay proponents say they are protecting our ‘traditional values.’ But we want to tell them that hate and homophobia are not African values,” said Alice N’Kom, a Cameroonian attorney renowned for her support for LGBT rights, in a press release from advocacy group AllOut.org. “We are bringing together people from across the continent to tell our country that pro-equality voices in Africa are strong.”

The group organizing the 'Gay Hate Day' has said that the day was chosen to commemorate the rape and murder of student Narcisse Olivier Djomo Pokam, who the RJC claims was a victim of the "gay mafia" that runs the country, and that the day "aims to glorify homophobia with a parade to take place through the Yaoundé, Cameroon’s capital city," according to CameroonOnline.com.

The myth of the "gay mafia" was perpetuated by the press at the time of Pokam's murder, and has become an accepted belief of the RJC, which publically alleges there is such a thing. Many Cameroon leaders, however, do not dispute the myth, and only pile on to the accepted hate rhetoric.

According to AllOut, the Archbishop of Yaoundé Simon-Victor Tonyé Bakot, an influential figure in the country, recently called homosexuality "shameful" and “an affront to the family, enemy of women and creation.” He has also previously been noted as saying that homosexuals are criminals. (Technically, that's true, as homosexuality is strictly criminalized in Cameroon under section 347 of the penal code and comes with a penalty of five years imprisonment and a fine of about $400, which is a lot in Cameroon.)