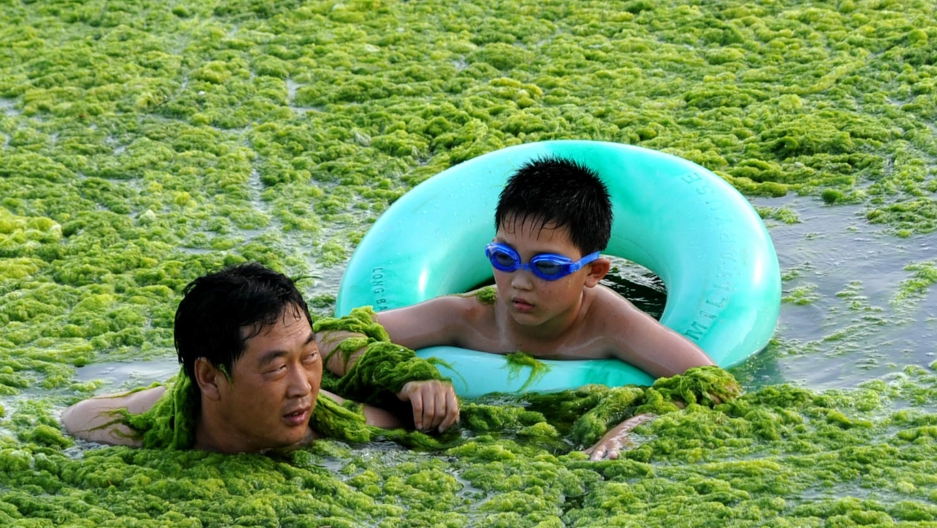 To save one's mother or a wife? That's the question.
Credit: CHINA OUT STR
Share

It's a question that's been asked a million times around the world: "If both your mother and your wife were drowning, which one would you save first?"

Usually, this is followed by a long episode of eye-rolling and the statement: “Yeah, like that’s ever gonna happen.”

Which is probably what Xiao Guo, 28, from China's Anhui province, thought before he took his 52-year-old mother, Madam Sun, and his wife, Xiao Qing, on a fishing trip to Dianbu River.

Then the boat tipped over.

Neither Madam Sun nor Xiao Qing could swim. Faced with losing his wife or his mum Xiao Guo proved to be devoted husband, rather than a loyal son.

According to Asia One, he saved his wife first. Then he went back for his mother and saved her, too.

Even though both women survived, Xiao Guo is now in the doghouse. His dad got angry by his son's choice and according to Asia One, reporters allegedly overheard him ripping into his son at the hospital:

"Your mother was drowning and you only thought about your wife! She was hanging on to the boat already! How much danger was she in that you have to take her to shore first?"

As offended as his dad was about choosing a wife over a mother, the public seemed to side with Xiao Guo.

In an online poll conducted by ifeng.com, almost 54 percent of the 19,562 respondents supported Xiao Guo's move to save his wife (this is partly because she was apparently physically closer to him in the water. Only 2,963 people sided with his dad.

Then again, saving a wife makes sense in China, where the divorce rate is only about 20 percent.

It’s rising, but it’s not 50 percent like it is in the West, which is probably the best argument for saving mothers first.