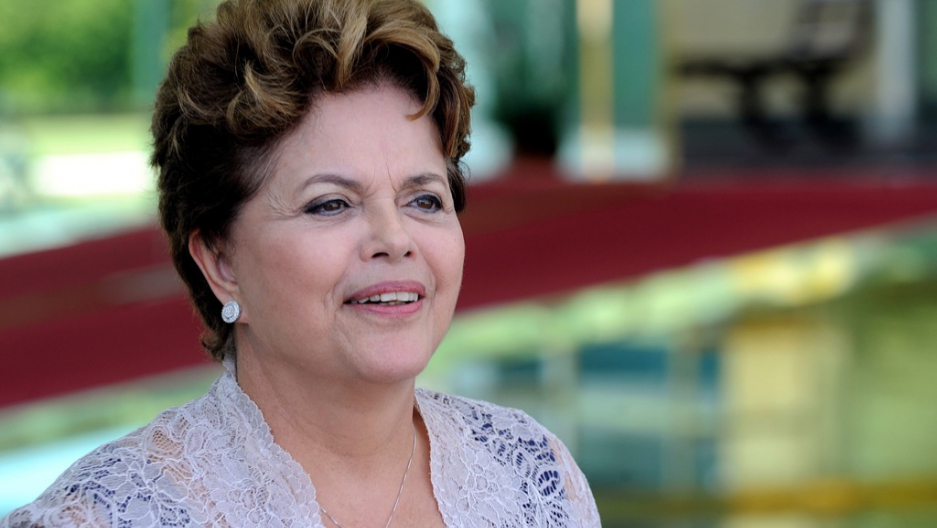 President of Brazil Dilma Rousseff approved the new stimulus package in response to economic slow down. All eyes will be on Brasil during the 2014 World Cup and 2016 Olympics.
Credit: Evaristo SA
Share

Brazil's president Dilma Rousseff announced a $66 billion stimulus plan intended to revive the country's road and railway systems and to help bolster the economy, according to the Financial Times.

The country which was once an emerging market darling has seen its economic growth slow since late last year.

Its government now expects GDP growth of 3 percent in 2012, down from 4.5 percent, and the real has weakened against the dollar. Business confidence is floundering and its central bank reported that foreign investments have declined 40 percent in the first half of the year.

"The Brazilian economy has practically stagnated since the middle of 2011. More precisely, economic activity accumulates a minuscule 0.2% expansion in the 12 months to May, according to the Central Bank’s Monthly Activity Indicator, which is a good proxy for Brazil’s GDP. GDP itself shows a very shy recovery (0.20%q/q in Q1 2012 and Q4 2011) after a small contraction of 0.15%q/q in Q3 2011. GDP data for the second quarter of the year has not yet been released, but high-frequency indicators (as the CB’s Activity Indicator) suggest that a significantly stronger recovery for such period should not be expected."

Rousseff is expected to roll out more stimulus packages in coming weeks and boost fixed asset investment an all-important gauge of government spending. And the Brazilian economy still needs to see an improvement in the global economy to boost industrial production at home and demand for its commodities.

But Santos writes that the recent slowdown and concerns of a credit bubble have also raised questions about the "sustainability of the Brazilian growth model, based on credit expansion and private consumption." In fact, this shift towards investing in public projects and concessions for private companies taking on these projects, could be an alternate growth strategy according to Bloomberg's sources.

With the upcoming 2014 World Cup and 2016 Olympics all eyes are squarely on Brazil and its policy choices.

Business Insider: French Historian: The Eurozone Debt Crisis Is A Lot Like The Events That Led To World War 1

Business Insider: The Disturbing Spike In Greek Suicides Reminds Us Of The Human Tragedy Behind An Economic Crisis

Business Insider: India Wants To Send A Probe To Mars By 2013