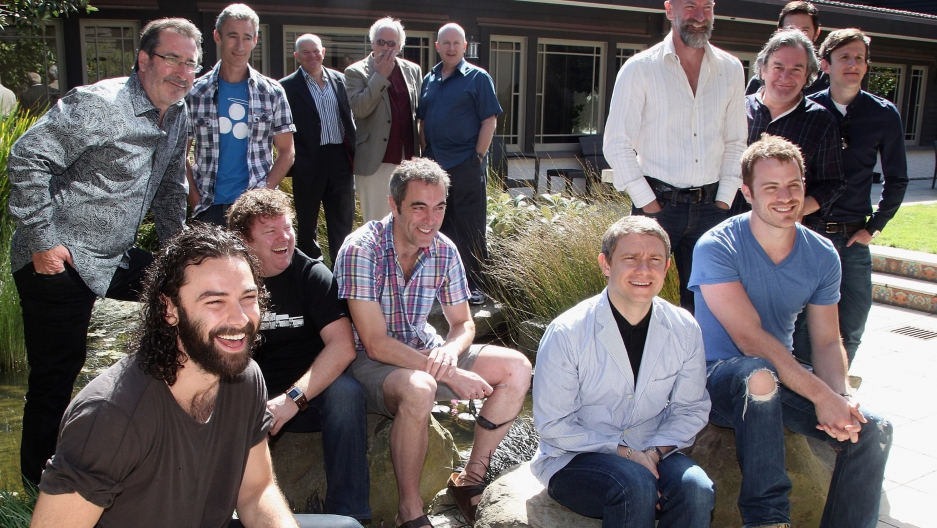 The cast of the Hobbit movie poses during a press conference for 'The Hobbit: Part 1' at the Park Road Post Production Centre on February 11, 2011 in Wellington, New Zealand.
Credit: Marty Melville
Share

"The Hobbit" was just a whimsical name for a Southampton, UK pub - until Hollywood got wind of it. A new movie is being made of J.R.R Tolkien's book, and the hapless pub owners soon found themselves in the crosshairs.

The BBC reports that the pub was first sued by the Saul Zaentz Company in March. Although the company eventually agreed to allow the pub to license the name, the suit continues to drag on - and legal fees aren't cheap.

More from GlobalPost: Peter Jackson says "The Hobbit" will be a trilogy

The pub is holding a fundraiser on Sunday, which will feature a Q&A with beloved fantasy writer Neil Gaiman, live music, Caribbean food, and a "Boromir" cocktail.

Actor Sir Ian McKellan, who portrayed Gandalf in the "Lord of the Rings" movies, has offered to pay for the pub's copyright license.

Peter Jackson recently announced the new "Hobbit" movie will be made into a trilogy, as the GlobalPost reported. Hopefully, the Hobbit pub will survive to see the new movie cycle begin.