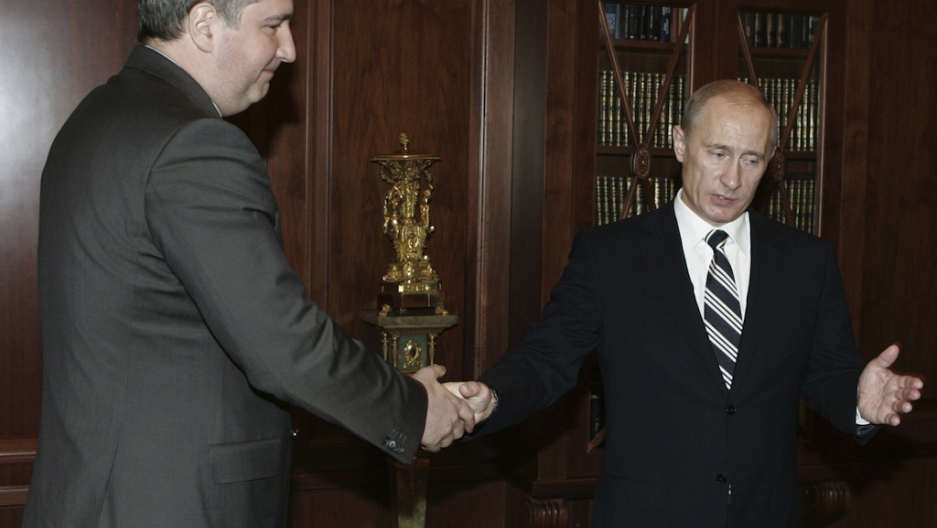 "Every former w. who has aged wants to give lectures about morals, especially during tours and gigs abroad," he wrote. The "w," translated from Russian, is an abbreviation that roughly means "slut," 'bitch," or the closest alternative, "whore."

Rogozin's spokeswoman Lidia Mikhailova told the Moscow Times the deputy was unavailable for comment, but insisted he had said "all that could be said."

Rogozin, who some believe President Vladimir Putin is grooming to succeed him, scolded the pop star for a mid-concert speech she gave in support of the all girl dissident punk band Pussy Riot, according to the Guardian. To tens of thousands of fans at Moscow's Olimpiisky stadium, Madonna said:

"I think that these three girls ... have done something courageous. I think they have paid the price for this act and I pray for their freedom.”

Maria Alyokhina, Nadezhda Tolokonnikova and Yekaterina Samutsevich are on trial for hooliganism motivated by religious hate.

The three women stormed into Moscow's Church of Christ the Savior last Feb. to perform an anti-Putin "punk prayer," upsetting two of Russia's most sacred (and powerful) emblems—Putin and the Orthodox Church.

Federal prosecutors have requested 3 year sentences, but the band members face a maximum of 7.

Pussy Riot's trial and subsequent tribulations have received considerable international attention, and these latest media incidents are just the most recent details in a story that has become an increasingly significant commentary on Putin's presidency – ushered in last May amid the first major anti-Putin protests across the country.

In London for the Olympic games, Putin said last Thursday Pussy Riot's protest was "nothing good." But he didn't "think they should be judged too severely.”