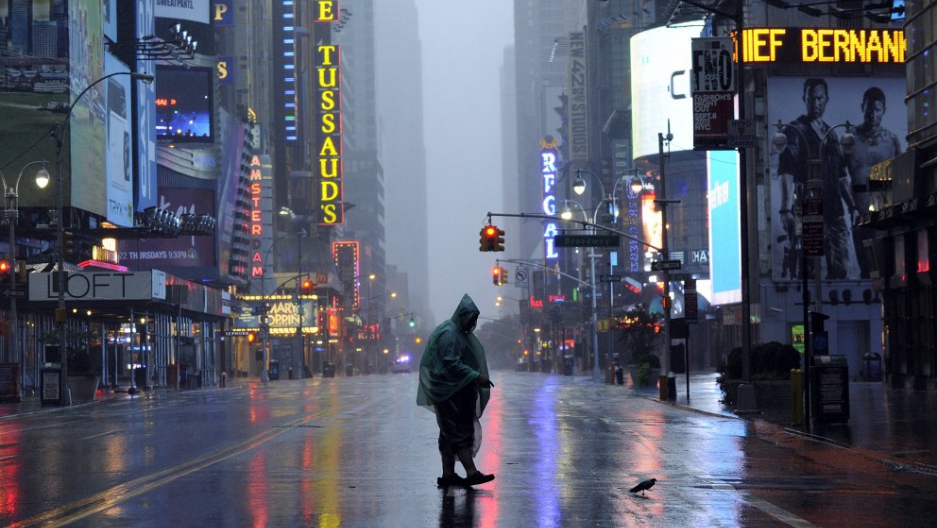 A man walks across 42nd Street in Times Square in New York on August 28, 2011 as Hurricane Irene hits the city and Tri-State area with rain and high winds. A weakened Hurricane Irene tore Sunday into New York, hammering Manhattan's skyscrapers with fierce winds and threatening to flood the financial district after killing at least nine people along the US east coast.
Credit: Timothy A. Clary
Share

Today the National Oceanic and Atmospheric Administration (NOAA) predicted 12 to 17 named storms will appear from June 1 to Nov. 30, according to the NOAA website.

These are revised predictions. NOAA initially said 9 to 15 named storms would appear for this years Hurricane season.

So far this hurricane season has produced Alberto, Beryl, Chris, Debbie, Ernesto and Florence. Chris and Ernesto became hurricanes, according to CNN.

They break down the numbers this way:

According to the NOAA's Gerry Bell, Ph.D., lead seasonal hurricane forecaster at the Climate Prediction Center, said “We are increasing the likelihood of an above-normal season because storm-conducive wind patterns and warmer-than-normal sea surface temperatures are now in place in the Atlantic."

He added, “These conditions are linked to the ongoing high activity era for Atlantic hurricanes that began in 1995. Also, strong early-season activity is generally indicative of a more active season.”