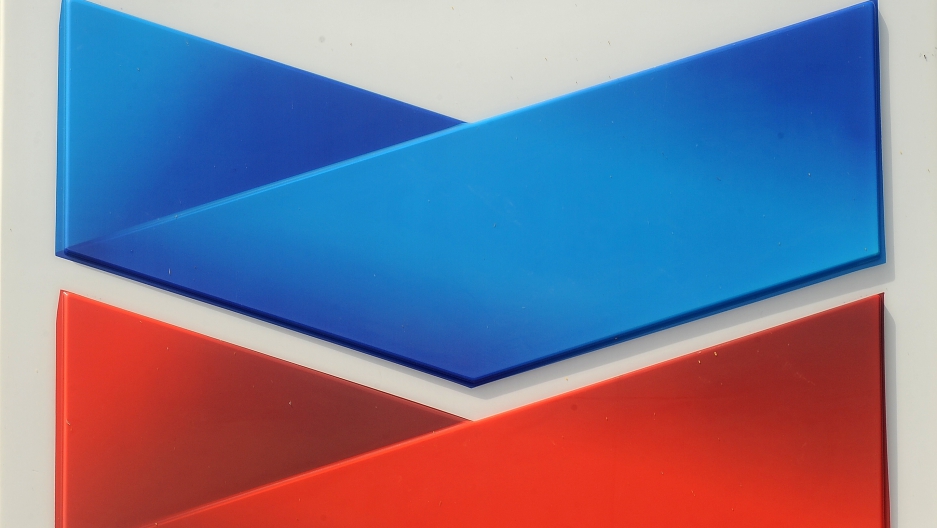 Chevron's refinery in Richmond, California is reeling from fires that were caused by a diesel explosion Monday evening.

The fires started around 6:15 p.m., after an inspection crew found a growing diesel leak in a line in the unit, the San Francisco Chronicle reported. The diesel ignited shortly after the plant was evacuated.

As of Tuesday morning, the fire had been extinguished aside from a small controlled burn, according to a statement from Chevron, whose refinery is located in a densely populated San Francisco suburb, Reuters reported.

"Safety officials are allowing a small controlled burn as a safety measure to reduce pressure," Chevron wrote on its website. "This is helping to ensure more hydrocarbons don't escape. This is similar in concept to how refineries utilize flares."

Thousands of residents in the Northern California suburb were cautioned to stay indoors and block windows and doors to keep them from inhaling tainted air, UPI reported.

Sirens blared through the streets to alert them that crude oil and diesel fumes were in the air, according to UPI, and some evacuated the area to get away from the smoke that was seen spewing out into the atmosphere.

"Everybody evacuated so fast people's car alarms were going off," Sara Monares, who lives a short distance from the refinery, told reporters at the Chronicle.

The Chevron plant is primarily produces gasoline, jet fuel and lubricants and employs 1,200 people at its 2,900-acre facility, according to Reuters.

All the plant's employees were accounted for, and one worker sustained burns to his wrist and was treated at a clinic at the refinery, according to UPI. There were no fatalities.

The facility's manager Nigel Hearne apologized to the community for the incident on Monday evening at a press conference, the International Business Times reported.

The refinery, which processes 240,000 barrels of crude oil a day, is the third largest in California and among the oldest in the country, Reuters reported.

The industrial area is no stranger to accidents involving hazardous materials: the Chevron refinery experienced a similar fire in January 2007, according to Contra Costa Health Services.