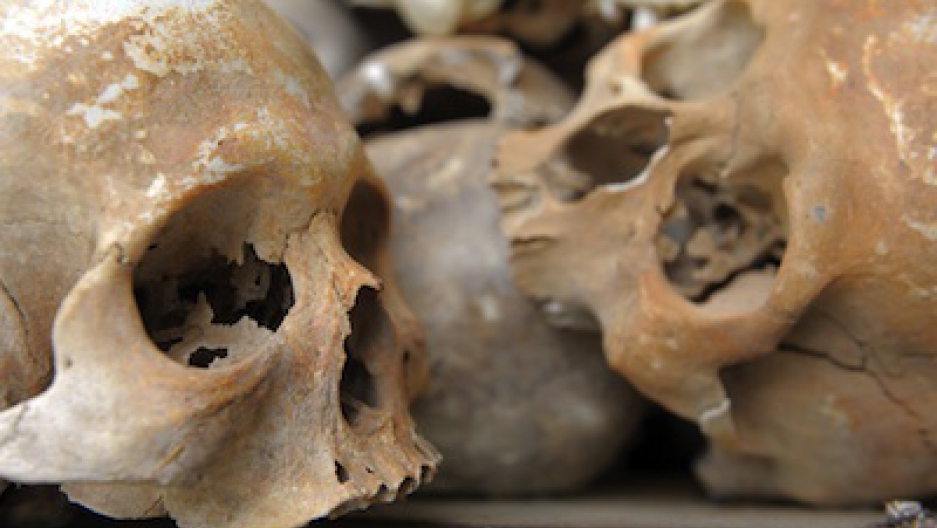 There are not many places on the planet where villagers can stumble upong mass graves by accident.

But Cambodia, the scene of a mind-bogglingly violent communist takeover in the mid-1970s, is one of them. According to the Associated Press, excavation teams notified by locals in northwestern Cambodia have unearthed 20 skulls from a newly discovered mass grave.

That's 20 skulls discovered as of this report. They may very well find more. A Cambodian expert quoted by the AP cites that, in that area alone, at least 35,000 died during the Khmer Rouge's horrifying 1975-1979 reign. In total, nearly two million died from killing or malnutrition from the cabal's bid to install an anti-modern, agrarian-centered communist utopia.

If excavators do find the remains of thousands more beneath this newly discovered site, it will be interesting to see whether officials open the area up to the viewing public.

In an odd twist of history, foreign tourists now flock to this former hell on earth to walk among the so-called "Killing Fields," a major mass grave near the capital where clothing fragments and bone shards still fleck the ground. (Though the subject matter is unsettling, the site offers a well-designed and tastefully rendered self-guided tour.)

This macabre fascination with Cambodia's bloody history -- along with resorts, temples and wild nightlife -- actually plays a role in drawing tourists. They are now are arriving in record numbers: according to the China Daily, Cambodia's tourism is up a full 27 percent compared to last year's first half.