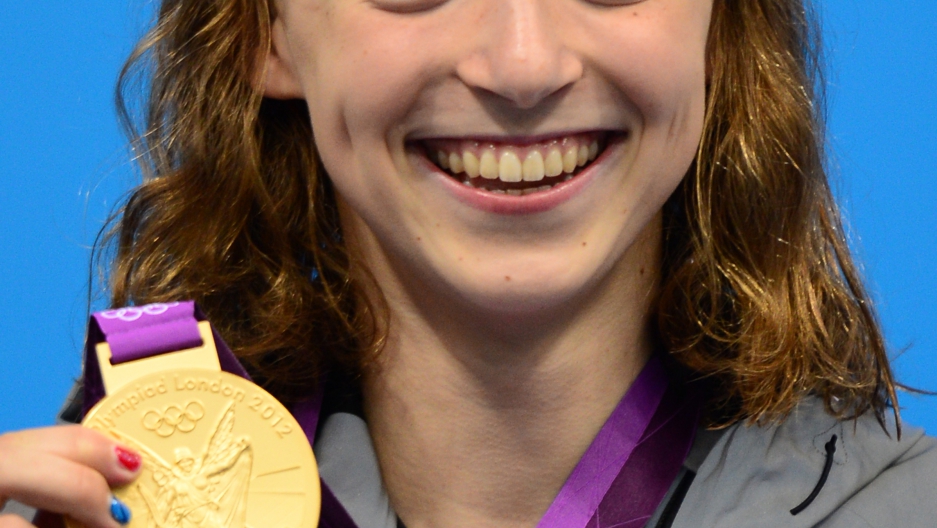 US swimmer Katie Ledecky poses on the podium with her gold medal after winning the women's 800-meter freestyle final during the swimming event at the London 2012 Olympic Games on August 3, 2012.
Credit: MARTIN BUREAU
Share

The US swim team's youngest member, 15-year-old Katie Ledecky, also won gold Friday in the 800-meter freestyle, nearly breaking a world record with her time, according to the Associated Press. The defeat was undoubtedly a disappointment for Britain's own defending Olympic champion, Rebecca Adlington, who took home the bronze, according to the AP. Spain's Mireia Belmonte Garcia won the silver medal.

And we hope breaking records isn't getting old for US swimmer Michael Phelps, who added yet another gold to his already historic medal count after winning his final individual race at the Olympic Games today, the Wall Street Journal reported.