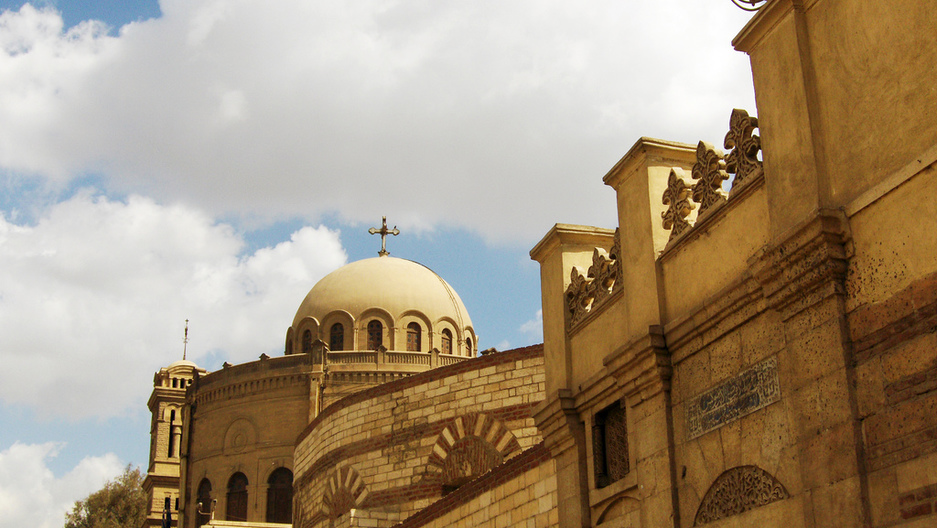 The Middle East has lost much of its religious diversity over the past century as many Jews and Christians decided to leave. (Photo by flyoverstate via Flickr CC.)

Jews and Christians were once far more common in countries like Egypt, Tunisia and Syria than they are today.

But over the last few decades, many religious minorities have left the Arab World for other parts of the globe. What happened? What caused the sudden shift?

"How is it that a world that was so multiethnic 80 years ago has become, basically, so monolithic?," asked Norman Stillman, a history professor at the University of Oklahoma and author of "The Jews of Arab Lands."

Franck Salameh, a professor of Near Eastern studies at Boston College, said both Jews and Christians were the "indigenous inhabitants" of the Middle East. They were there well before Muslims first arrived in the seventh century. It was then when everything started to change.

First came the Constitution of Medina, a seventh century document from the prophet Muhammad. Muslims used it to govern the dhimma, the Jews and Christians who came under Islamic rule.

"It was a system of unequal relationships whereby the dhimmi people were relegated to certain professions and certain areas within the domains of Islam," Salameh said.

Some Muslim rulers, including those of the Ottoman Empire, enforced the dhimma laws more strictly than others. But by the 20th century, many Jews and Christians were fed up and decided to move away.

Many Christians and Jews moved to Europe. Some served European colonial powers as they took control of former Ottoman provinces like Syria and Iraq. And others — notably Christians — worked to bring an emerging political ideology to the Middle East: nationalism.

"They began advocating the idea that rather than us being Muslims, Jews and Christians, we were all a single people," Salameh said. "We were all Arab people. We’re all users of the Arabic language. We're all Arab speakers. Therefore, we are all Arabs."

Salameh said nationalism started to gain momentum in the 1930s, giving rise to the Arab World as it's known today.

But things once again changed in 1952, when a wave of Arab nationalism swept Gen. Abdel Nasser into power in Egypt. Religious minorities soon came under attack. Many fled to Israel and Lebanon, regional safe havens for Jews and Christians. The mass migration soon created a set of new problems for the two countries.

The tension between Christians, Jews and Arab nationalists sparked a civil war in Lebanon and a series of wars between Israel and its neighboring Arab states. The conflicts caused more and more refugees, many of them religious minorities, to escape Arab countries into Israel, Lebanon and the West.

Now, only a few decades later, a new wave of revolutions is displacing the ideology of Arab nationalism with a new one based on traditional Islamic principles. What it will mean for the region’s remaining religious minorities remains to be seen.

Despite more than a dozen fire bombings of Coptic Christian churches in Egypt in recent months, George Caldas, an Egyptian Christian, hopes for the best.

"Any democracy, when it starts, starts always violently," he said. "So this could not be taken to be against anybody or any revolution."

But Salameh sees an unmistakable trend. Before 1952, he said, only two or three Coptic parishes existed in the U.S. Today, they number in the hundreds. He's noticed the same trend in Europe, Canada and South America.