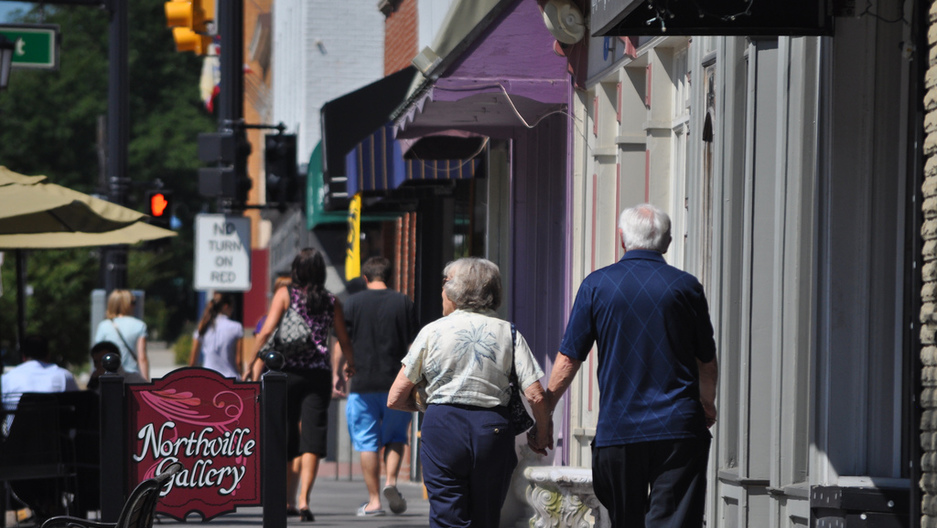 According to Teresa Ghilarducci, 75 percent of Americans nearing retirement age have less than $30,000 in their retirement accounts. (Photo by zemistor via Flickr.)

It’s been 30 years since the Individual Retirement Account model became the standard way for Americans to save for retirement.

But many people who saved for three decades watched a lot of that money disappear during the financial crisis. And now, more than half of American workers have saved less than $25,000 for their golden years, and about 30 percent have saved less than a thousand dollars.

Overall, the system is failing, says Teresa Ghilarducci, professor of economics at the New School for Social Research.

In a commentary in Sunday's New York Times, Ghilarducci argued the 401(k) savings account, which puts the responsibility for saving on the future retiree, no longer works. She said most Americans don’t grasp the complexities of planning for retirement, and that’s to be expected.

“The system requires of humans things that humans just can’t possibly be expected to do,” Ghilarducci said.

The 401(k) model “expects individuals without investment expertise to reap the same results as professional investors or money managers,” she writes. “What results would you expect if you were asked to pull your own teeth or do your own electrical wiring?”

Ghilarducci said that what people are expected to do goes beyond knowing the difference between a stock and a bond and a risk and return trade-off. For an IRA to be successful, retirees must accurately predict when they will stop working, and even when they and their spouses will pass away. For this reason, Ghilarducci argues, no amount of financial literacy courses will make people succeed in retiring comfortably.

Social Security serves as an insurance against those risks as a society, but Ghilarducci said individuals are also expected to insure against these social risks, and they can’t.

Many people are going into retirement with only Social Security, and Ghilarducci says it’s just not enough.

Most couples in the first phase of retirement, have social security, personal savings, their home and credit cards to get them through. Ghilarducci said that around the age of seventy-five to eighty-five, sickness could wipe out a great deal of personal wealth.

According to Ghilarducci, many people enter a third phase of retirement alone — after the death of a spouse, which leads to a greater risk of poverty.

“After 85, you see people at a much greater risk of poverty than they ever have been in their whole lives. And many times, these are single women. So we have a system that practically guarantees that aging will be a gateway to poverty, Ghilarducci said.

She said the risk of poverty is quickly filtering up to the middle class because the recession has wiped out the retirement savings of many people approaching retirement.

The problem is what Ghilarducci calls “magical thinking," in which people think they can work forever and don’t want to be realistic about the risk of illness and death. But Ghilarducci argues that people who think they will work longer probably won’t be able to.

She added that for the past 30 years, the system has expected people to keep their job for 42 years, never get a divorce, get sick, become disabled or have children who need assistance.

“We’re finding in our data that for most people it has not worked out. Most people have nothing,” she said.

According to Ghilarducci, the system is not changing and evolving quickly enough to adapt to the changing society, and Social Security is in dire need of an expansion to make it mandatory that people save personally for retirement. That money would be a supplement to Social Security.

“The system requires that people voluntarily save for it. Some people buy those lattes and vacations, and the other people save. And now, we’re in a system where we, because we’re humane, won’t let those folks starve. I’m saying everybody saves on top of Social Security," she said. “Let’s all recognize that when we are living our lives, on top of that, we have to save for our retirement. That’s all I’m asking. That people save another 5 percent in a safe and secure investment vehicle."