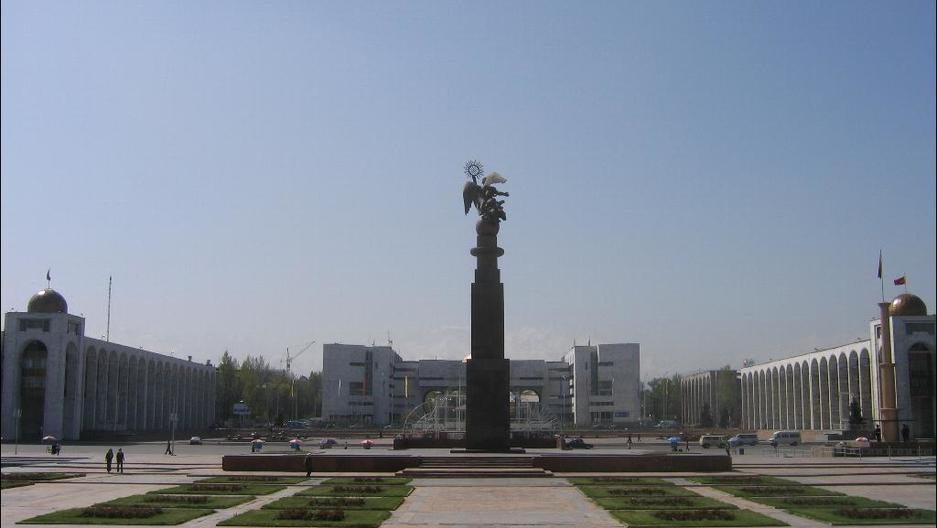 The U.S., Russia and China are competing for influence over countries in Central Asia, including Kyrgyzstan (above). (Photo by giladr via Flickr CC.)

The world's most powerful countries have fought for centuries over Central Asia, the resource rich and strategically important region that borders Russia, China and — most importantly to the United States — Afghanistan.

In the past decade, a three-way power struggle between those three countries has engulfed many of the "-stan" countries that make up Central Asia: Kazakhstan, Kyrgyzstan, Tajikistan, Turkmenistan and Uzbekistan.

It's the new "Great Game," a term first used to describe the geopolitical battle between Russia and Britain over the region in the 19th century.

Alexander Cooley, a political science professor at Barnard College, says the latest contest has its roots in the 2001 American invasion of Afghanistan.

At the start of the war, the United States soon realized the strategic importance of Central Asia. By the end of 2001, it had established a base in Kyrgyzstan that quickly became one of the primary transit points for troops going to and from Afghanistan.

The U.S. government's sudden interest in Central Asia has since sparked tensions between its rivals in Asia: China and Russia.

Cooley says Russia sees Central Asia as an opportunity to expand its prestige, whereas China sees it as a security buffer for Xinjang, its westernmost region.

Whichever the case may be, the interests of the three countries greatly affect regional politics. But Central Asian leaders have learned to manipulate them for their own gain, as Cooley explains in his new book, "Great Games, Local Rules."

"The countries themselves understand that they're objects of competition," Cooley said. "Even in cases where there isn't actually much competition, they like to invoke it."

Cooley says this gamesmanship reflects the realities of the post-Western, post-American, multipolar world — a world in which the U.S. doesn't always get its way.

The U.S. military presence is seen by many Central Asian countries as selfish and narrowly focused on Afghanistan.

"The bases themselves have become symbols of the corrupting influence of the U.S.," Cooley said.

The Chinese approach to the region is much different. They've given Kazakhstan and Turkmenistan large loans in exchange for equity in local power companies. They've also built large infrastructure networks in the poorer countries of Kyrgyzstan and Tajikistan.

Cooley says that this blending of foreign aid and investment has given China a favorable position in the region.

"They really see this as an investment in the future of these places," he said.