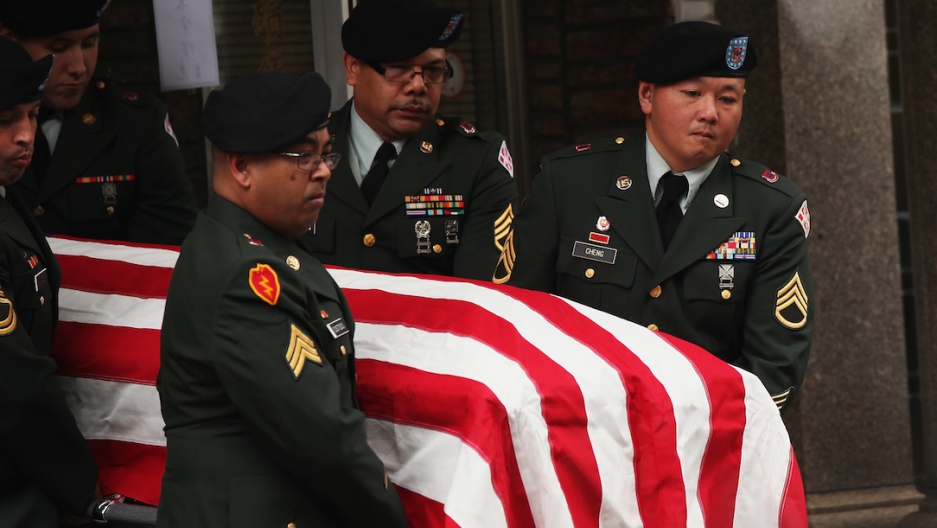 A US Army sergeant has been found not guilty on charges of negligent homicide in the case of private Danny Chen, who officials say killed himself last year after experiencing weeks of hazing and racial harassment, Reuters reported.

Sergeant Adam Holcomb is one of eight soldiers who have been charged in connection with Chen's October, 2011 death, and the first to be court-martialed. While a military jury found him not guilty of negligent homicide, reckless endangerment, communicating a threat and hazing, they did find him guilty on lesser charges of maltreatment and assault consummated by battery, The New York Times reported. Holcomb, 30, has not yet been sentenced, but faces a maximum of two and a half years in a military prison, according to the Los Angeles Times.

Prosecutors had accused Holcomb of bullying Chen, 19, into committing suicide by tormenting him with ethnic slurs, hazing and physical abuse, the Los Angeles Times reported. The men were deployed to combat outposts in southern Afghanistan at the time of the alleged abuse and Chen's death. It was Chen's first deployment since basic training.

Chen, who grew up in New York City, was the son of Chinese immigrants. His family has said that their son was subjected to a campaign of hazing and abuse before taking his own life.