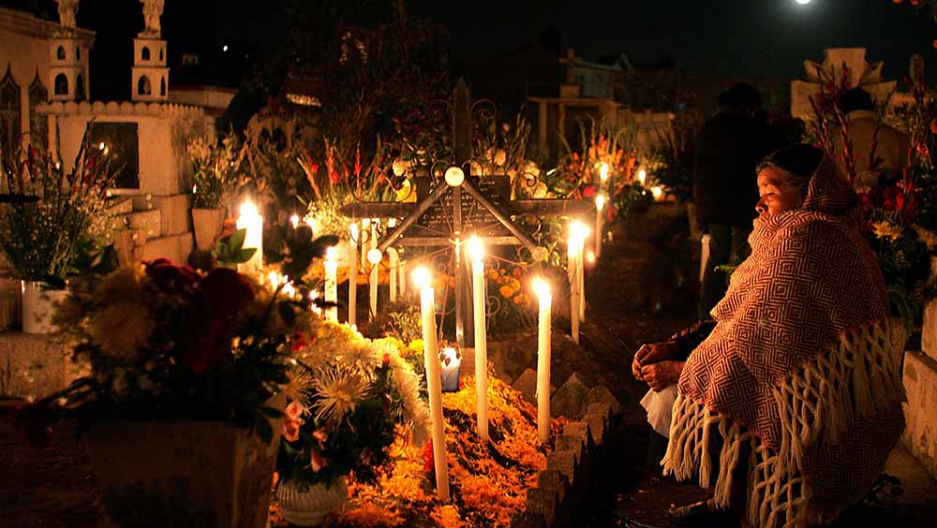 A woman prays in front of a grave of a relative at the cemetery of San Gregorio Atlapulco, in Mexico City, November 2, 2006, during the Day of the Dead celebrations.
Credit: Luis Acosta
Share

Cult activity is suspected after a woman's body was stolen from a southern New Jersey mausoleum.

Pleasantville police said someone broke into the mausoleum, which has six gravesites, on Thursday night or Friday morning and stole the body of Pauline Spinelli, who had died in 1996 at the age of 98, according to the Associated Press. Police also said the body might have been taken for use in some sort of ritual.

Thieves smashed in the door of the mausoleum, then cracked the marble casing around the casket and pried it open in order to remove the body, reported NBC's local affiliate. From what they could see, police said it appeared that more than one person was responsible and that the thieves were not looking to steal jewelry from the dead.

"It's incredible," Police Capt. Rocky Melendez told NJ.com. "This is the first time I've experienced anything like this in 23 years working here in the city. This is very bizarre."

Melendez also said the incident is as disconcerting to police as it is to the family, according to ABC 6 Action News.

"[The family] is confused about this whole situation, they are surprised. They're upset, as they should be," Melendez said.

"I don't know how they picked grandmom," grandson Rocco Spinelli said to NBC.

According to ABC, police are looking into similar incidents that might have occurred in other New Jersey towns.