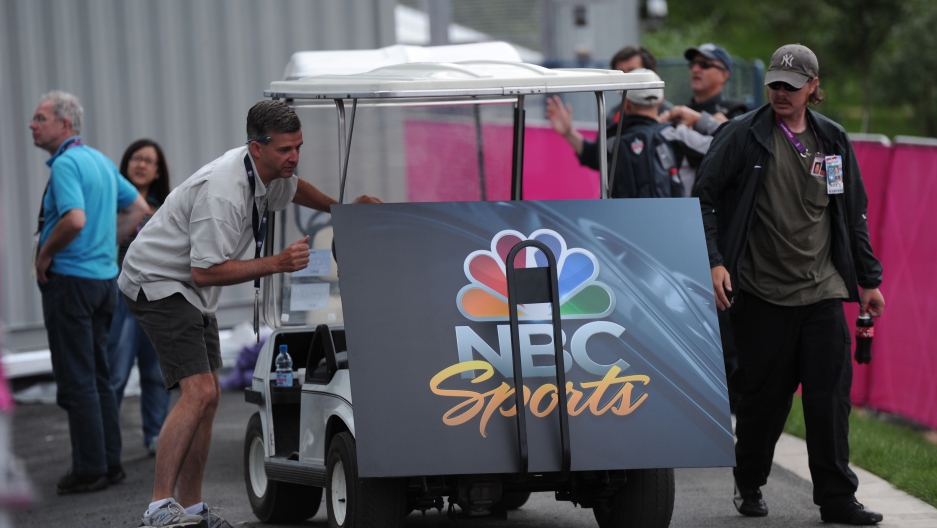 NBC's coverage of the London Olympics opening ceremony came in for a pounding on Twitter late Friday, with the phrase "shut up Matt Lauer" taking on a life of its own, as Storify entries show.

NBC — already the subject of criticism for deciding it would air the ceremony on a tape delay, to capture a larger overall audience — suffered the ire of Twitter users, who found co-commentators Lauer and Meredith Vieira "annoying as hell," among other things.

Lauer and Viera were the target of ridicule for their "distracting rambling-ons" (sic) as Americans finally got their chance to watch Danny Boyle's much anticipated showcase.

The iDigitalTimes listed the top 40 tweets that "proved" Vieira and Lauer's Olympic opening ceremony coverage was an "EPIC FAIL."

Other criticism of NBC's coverage included that while elsewhere in the world, viewers of the pening ceremony were treated to a moving tribute to the victims of the 7/7 terror attacks in London, set to "Abide with Me," American viewers instead saw an interview with swimmer Michael Phelps, conducted by "American Idol" host Ryan Seacrest.

According to Radio Times, the edit was immediately noted and criticised on Twitter by American viewers who had managed to find a live telecast of the ceremony earlier in the day.

USA Today took aim at NBC's opening montage, which it described as including "the American clichés about London. Ben, it turns out, really is big."

It also quoted Lauer's breathless claim that a billion people — "With a B!" — will watch the opening.

Given that in many countries, TV ratings were "nearly non-existent," USA Today suggested that only a rare host could confidently put such a figure on global viewership.

Meanwhile, ">we've compiled some of the more entertaining "shut up Matt Lauer" tweets: