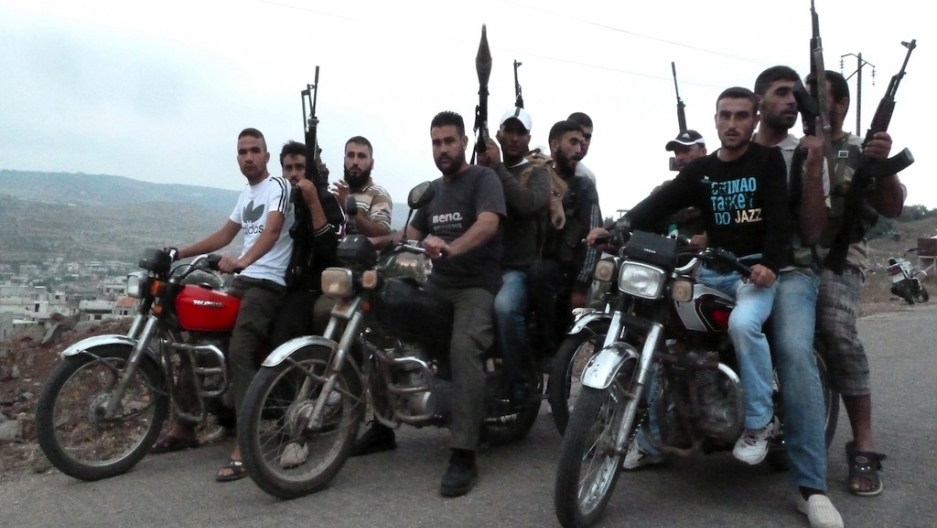 Members of the Free Syrian Army ride motorbikes in the village of Azzara on the outskirts of flashpoint city of Homs on June 28, 2012.
Credit: Djilali Belaid
Share

The headline catches your eye: “US Authorizes Financial Support to Free Syrian Army.”

AL-Monitor reports a pro Free Syrian Army support group has received a waiver from the US Department of Treasury that allows it to provide direct financial assistance to rebel fighters.

This means the US-based Syrian Support Group (SSG) can now legally accept PayPal donations (from you) and send money that will help supply the Free Syrian Army's warfare needs.

The SSG says it was “pleased to announce its receipt of a license from the Department of Treasury granting the organization the authority to support the Free Syrian Army (FSA) through financial assistance.”

GlobalPost reported in June on shamfalcons.com, one of several dozen websites that have attempted to raise cash for activists and rebels working inside Syria.

The SSG vision, according to their website, is to “promote the establishment of a free, independent and democratic Syria.”

In an interview with Al-Monitor, SSG lobbyist Brian Sayers said the Treasury’s Office of Foreign Assets Control, which enforces US economic and trade sanctions, now allows “financial, communications, and logistics support to the FSA,” including “communications equipment, satellite imagery, paying for satellite imagery, logistical support for transport, which could mean everything from buying a 4x4 to supporting someone’s travel to Turkey.”

The Daily Beast profiled the SSG back in June, writing “The US-based organization has spent the past couple of weeks banging on the doors of congressmen, government agencies, and think tanks, making the case that arming Syria’s rebels in order to oust President Bashar al-Assad is a sound strategic investment.”

It seems their efforts are paying off.

All this comes at a time of intense fighting between FSA and President Assad’s government forces in the strategic and densely populated city of Aleppo.