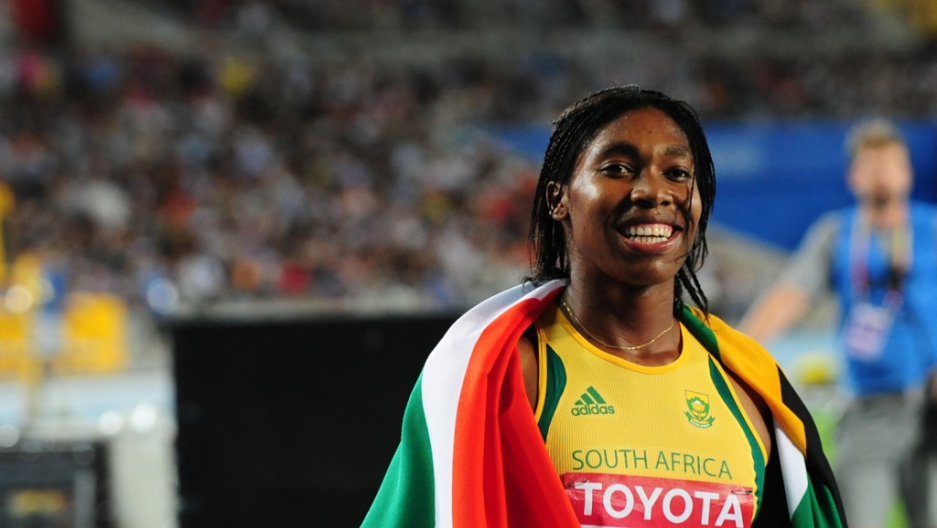 How masculine can a woman be before it's unfair for her to compete in sports against other women? The International Olympic Committee has tried to tackle that question with new gender-verification regulations. But LGBT activists and others say that the new rules only muddle the situation.

The new gender verification procedures are meant to help athletes avoid the trauma and controversy that runner Caster Semenya has had to endure during an 11-month investigation into her gender.

The International Olympic Committee's new guidelines declare that "the performances of male and female athletes may differ mainly due to the fact that men produce significantly more androgenic hormones than women."

Therefore, the IOC says that if a female athlete's gender is being investigated, an expert panel should look at her androgen levels to see if they are "within the male range." There's just one problem: the IOC's guidelines don't specify what the "male range" of the hormone levels actually is.

In addition, some experts say that research doesn't back-up the idea that more testosterone equals better athletes. “We really don’t know,” Allan Mazur of Syracuse University told Slate. “Logical assumptions about hormones don’t always turn out to be true.” In fact, Mazur conducted a study on male Olympians and found that more than 25 percent had testosterone levels below the "normal" male range, according to Slate.

LGBT activist group AllOut.org has responded by launching an online campaign against the gender guidelines. “Biology and humans are much more diverse than we would ever guess - what makes someone a man or a woman can't be identified in a single test or using a single measurement,” Andre Banks, director of AllOut.org, said in a statement.

And academic critics told the New York Times that the rules reflect a bias against people who are not "gender-conforming."