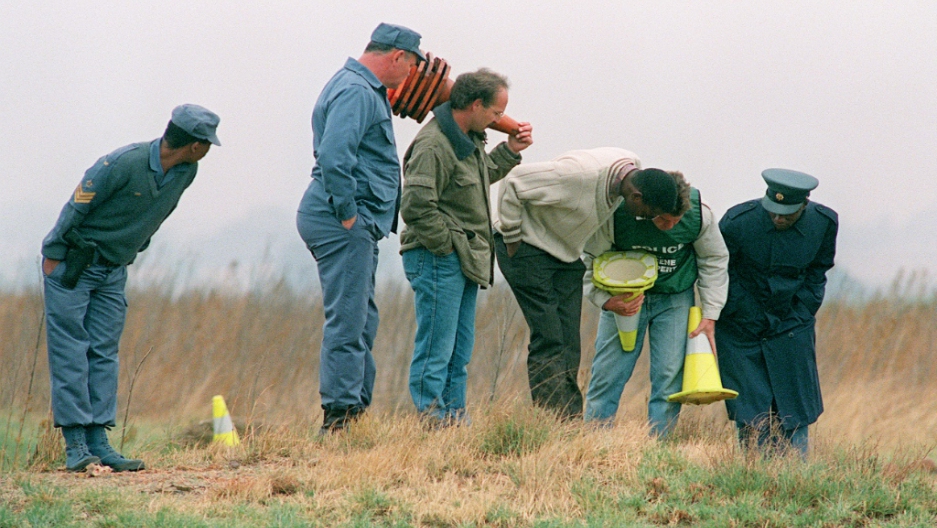 The family’s gardener, Patrick Petrus Radebe, 24, was among three men who killed the family in the violent home invasion in South Africa.
Credit: Gary Bernard
Share

A 12-year-old boy was drowned in boiling water and his mother raped and killed in a violent house invasion in South Africa.

Three men, one of them the family's gardener, pleaded guilty on Tuesday to breaking into the family's home in Walkerville, Johannesburg, where they attacked Tony Viana, 53, and brutally raped and killed his wife, Geraldine, reported Elite Daily.

The couple's son, Amaro, was gagged and tied up. He was drowned in a bath of hot water "because he would recognise them".

It wrote that following the hearing, the three men joked and laughed as they walked back to their cell.

The robbery occurred in 2011 when the trio broke into the family's home to steal and get revenge for the way they had been treated by their employer, Mrs Viana, the men’s lawyer told Vereeniging Regional Court.

The court heard that Mr Viana arrived home at the house to be attacked with a golf club and a machete-like 'panga' and ordered to open the family's safe.

It was suspected the mother was raped before being shot, according to News24. The accused admitted they then realised Amaro would recognise him.

Their statement read: 'We went to the bathroom and turned on the tap. We went to [Amaro] him and gagged him because he was crying. We forced him into the bath face down, knowing that he would drown.'

The men will be sentenced on September 6.