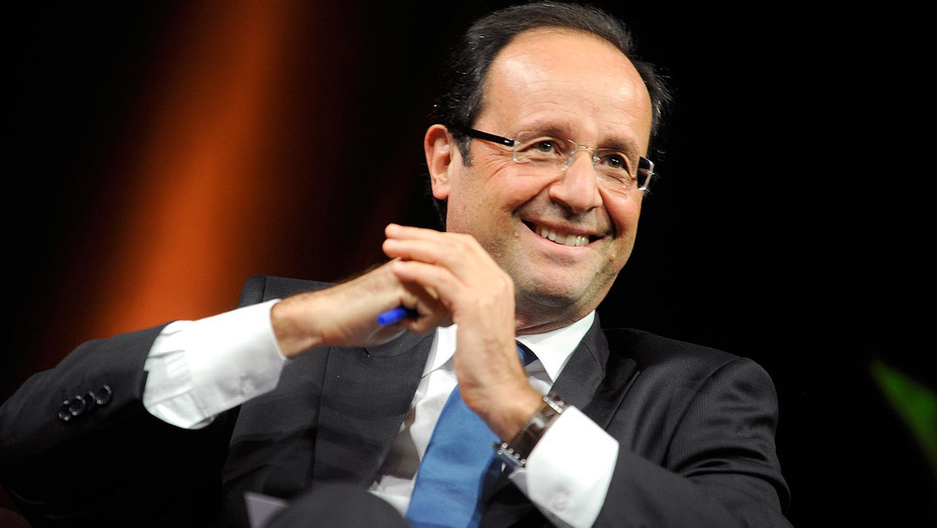 French President Francois Hollande is pushing for a 75 percent income tax on top earners in France. (Photo by jmayrault via Flickr CC.)

Swedish soccer star Zlatan Ibrahimovic announced at a recent press conference in Paris that a French team had signed him for about $17 million a year.

The next morning President Francois Hollande had his deputy budget minister, Jerome Cahuzac, go on French radio to denounce the record payout as indecent.

The French government’s reaction won't just be indignation. If Hollande has his way, Ibrahimovic will get socked with a 75 percent income tax on his new mega-salary. Same goes for anyone earning more than about $1.2 million a year in France.

Hollande is trying to lower France’s deficit to stave off contagion from other faltering euro zone countries such as Spain. The loudest complaints about the 75 percent tax bracket come, predictably, from those who stand to pay it.

At a small hotel in Paris, Sophie Canipel said she once liked the idea of inheriting this place from her parents. But with the top-tier tax, she said, she would be ruined.

"Right now, as upper middle class people, my husband and I are paying around 45 percent in income taxes each year," Canipel said. "When I inherit the hotel from my parents we'll get bumped up into that 75 percent tax bracket because the value of the place will be counted as income. There'll be nothing left over for us."

Without doubt Madame Canipel and others like her stand to pay through the nose. But they're hardly getting a lot of sympathy from their working class neighbors.

In the city of Nancy, in eastern France, a shop owner named Anne says that she supports the tax hike. With it, she says, there would be a fairer distribution of wealth between the ultra rich and the middle class.

But the vast majority of French non-millionaires aren't rushing to celebrate. Many doubt the rich will really end up paying the tax increase.

"I like the idea that the rich pay more, but I worry that they'll find a way to pass the buck," said a barista named Sophie, who works at a cafe in the Paris suburb of Asnieres. "I'm sure that's going to happen. The middle class is going to take it on the chin. It always happens that way. And the middle class is shrinking."

Another fear is that more wealth will leave the country. The wealthiest French routinely stash their money in far-flung tax havens. Now there's concern that businesses might simply pack up and go.

Under Hollande's tax reform, French corporations have lost a handful of deductions, including a big one on overtime salaries. Businesses already complain that labor costs are too high in France.

French carmaker Peugeot cited those costs this month as a reason for laying off 8,000 workers and closing a plant outside Paris. If Peugeot follows through, it would be the first car factory to close in France in 20 years.

British Prime Minister David Cameron recently joked that he would roll out the red carpet for French companies in the form of tax breaks.

Unions are up in arms, and Hollande has come out swinging. He needs to show that he can tax big money and not have the little guy pay the price.

Finance Minister Pierre Moscovici went on French radio to say that Peugeot’s plan was unacceptable. When asked what leverage the government had over private business, he hinted that government subsidies for the carmaker might come into question.

The outcome at Peugeot could weigh heavily on the credibility of Hollande's plan to tax the wealthiest more without strangling the economy.

France's unemployment is at 10 percent and continues to rise. Hollande would like to win this battle before moving on to the next: trimming France's bloated public sector.